Xiaomi, the Chinese Company is looking to have an commanding influence in everyone’s digital life with a range of connected devices. The Mi Band is first in a series of such products that include security cameras, air purifiers, light bulbs and even running shoes, as rumored.

The pocket-friendly Xiaomi Mi Band will be the first such smartband for many Indians. This might give the much necessary push to the entire wearables market in India. Tech savvy consumers have shown their interest in smartbands, however, not all of that has translated into sales. The Rs 999 Mi Band has changed this thinking. The biggest advantage is the Mi Band’s Rs 999 price tag that could very easily tempt one to buy, but how good will this purchase be for you only time will tell.

Before the arrival of Mi Band, one was used to seeing fitness trackers priced as high as Rs 10,000. People were not willing to invest so much to get a wrist strap to track their daily activities. 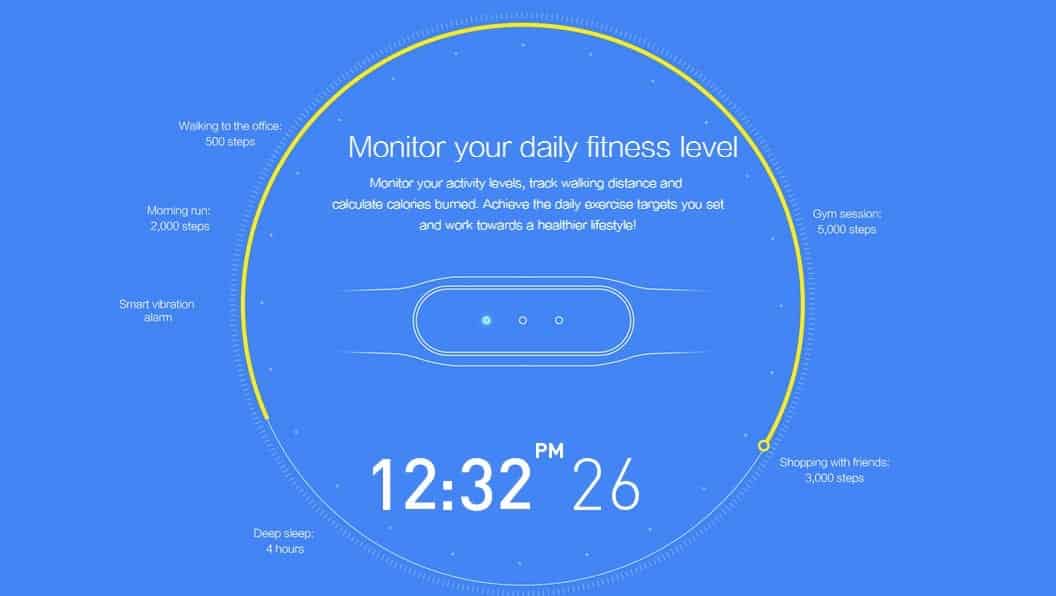 Mi Fit app: The Mi Fit app consists of an capsule, which is the core of the Mi Band. It has a plastic band which has a slot for holding it. The app comes with a default black strap, however, there are straps available in other colors too, if you wish to buy. The device is compatible with both iOS and Android smartphones. The app is also available on Android and iOS for free. In order to sync recordings, it has to be paired via Bluetooth to the smartphone app. You can switch off Bluetooth on your mobile to save battery and pair it only when you wish to see results.

Firstly, the users need to sign in with their Mi account or create a new account, if they don’t have one. The app will then ask for personal information like birthday, gender, weight and height. Users need to set a daily target of between 2000 and 30,000 steps.
The app can cause the band to vibrate and alert users about incoming calls and also act as a silent alarm clock. The band works as a wake up call for you in the morning by vibrating. The incoming call notification works when you are within the Bluetooth range.

What is the function of Mi Band along with Mi Fit?

It tracks your sleeping pattern and calculates the total number of steps, distance and approximate amount of calories lost everyday. If you are wearing the band while you are going to bed, it will show the time you actually slept last night and also show the time you woke up the next morning. The night mode shows the duration of deep sleep you had. However, the readings may not be exact.

The Mi Band mostly counts the number of steps you take in a specified period. The app then shows how much approximate amount of calories and fat you have burned in that time. However, you can ignore the calorie part, as the app cannot record your daily calorie intake.

The Mi Band comes with a nice powdered chrome finish on top, which is the only part visible when it is housed in the strap. There are three LED lights that can be changed to glow in different colors from the accompanying Mi Fit app. And it also allows you to show off your fitness data on social networks including Facebook and Twitter, if you want. At the end of the month, it sends you alerts to show how many Mi Fit users you overtook in that month.

Another thing that the company is heavily relying upon is its battery life. The company, Xiaomi claims that the band can easily last up to 30 days with a single charge. A few of the tests carried out to check the battery life of the band hinted at its excellent battery life.

After the initial enthusiasm, one might lose interest in the band. It just looks to store data which is of very little use. Your fitness trend is shown in the activity bar chart and in the beginning, the band will stimulate users to complete their daily goal to stay active.

To sum up, the Mi Band tracks sleep, work as an alarm, counts steps, notifies about incoming calls with the battery life lasting a month. If you think that these features along with self motivation can help you to be fit, then go ahead and buy the Mi Band. After all, it is cheap and ridiculously priced at just Rs. 999.