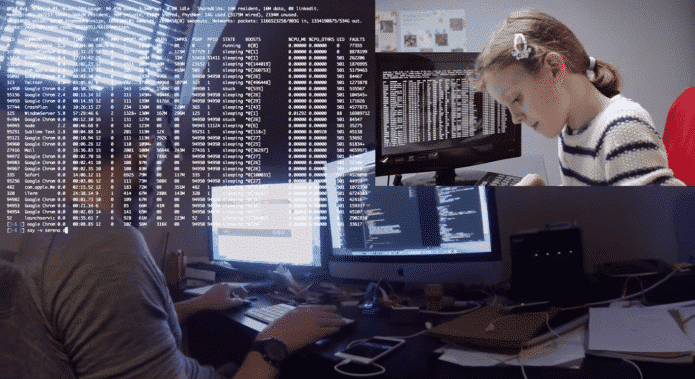 Kids can learn Linux Shell on Raspberry Pi and then use this as a prank to take control of someone’s computer, even their Dad’s computer!!

An innovative little girl uses Raspberry Pi to connect to her dad’s computer, not only that she even makes the computer speak something and finally even succeeds in closing the program that he is working on. Surely, this is a prank played by an innocent kid along with her small brother who verifies if the prank is successful or not by personally witnessing the entire prank and capturing it in a video.

The entire video has been shared ahead where the daughter describes the minute steps that she has taken to ensure that her prank works.

For those who are not much aware of the “Raspberry Pi“: Raspberry Pi Foundation is an UK based firm which creates the Raspberry Pi with the sole intention of promoting basic computer knowledge in the schools. Raspberry Pi basically comprises of a series of credit card sized single board computers which help the kids to develop an interest in the computer science with various fun projects.

In the enclosed video, a small girl uses the Linux SSH tool and easily gets connected to her dad’s computer with her Raspberry Pi. Once connected she plays some pranks by using some tricks with which she makes her dad’s computer speak some text thus stopping her dad from doing his work. Later she even closes the program that he is working on.

It is an amazing example which tells us how we can use basic Linux shell with some fun.

The report also says that girl had taken prior permission of her mother to carry on her prank with a good reasoning that the prank might lead to unwanted loss of work. Further she also says that every time she wants to get connected to her dad’s computer she needs to take permission of her mom, which is very much logical as her mother is aware of what her kids are up to, well hacking is not a joking thing anyways.

On a positive note, this trick would always enable the kids to stay connected with their parents.

Below given are some Linux shell commands which the little girl used to get connected to her dad’s computer, make it speak and also further close his program: –

Well, definitely interesting. With Raspberry Pi, kids can truly explore their creativity and also be tech savvy in the long run. The girl has promised to give more tutorials on Linux so stay connected and keep getting related news here.