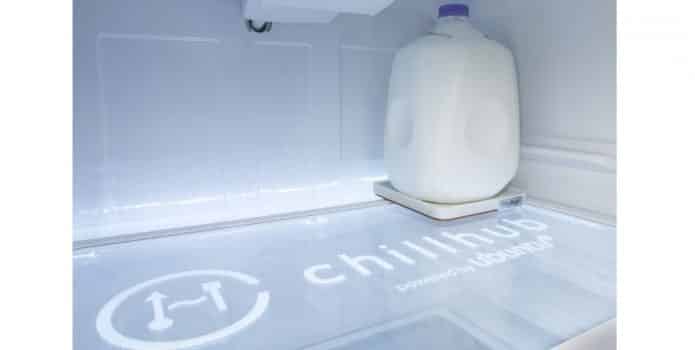 After we have had Linux powering the US Military Warship and hobby drones, now we have the world’s first Linux powered refrigerator. ChillHub is the first smart refrigerator powered by Ubuntu Core and it’s going to be showcased at the Moscone Center on May 12 – 13, 2015.

Made by GE Appliances division called FirstBuild,  ChillHub is a community-generated smart refrigerator. Based on the principles of Internet of Things, ChillHub refrigerator will come with two USB ports and built-in Wi-Fi connectivity. In addition, ChillHub has an open-source iOS-compatible app that provides seamless integration with the refrigerator by giving a user access to sensor data and control of the refrigerator’s components allowing for new interior accessories to be easily developed. FirstBuild says that this is a first-of-its-kind platform that enables the development of new hardware products that can operate inside a cooled space.

“‘Snappy’ Ubuntu Core powers Firstbuild’s ChillHub and is the smallest and most secure edition of Ubuntu, perfect for inventors, technologists, and makers. Snappy Ubuntu Core is a combination of an open platform with an app store that works across a range of devices, from tiny embedded boards to high-end switches and routers, sparking a rush of creativity in the maker and entrepreneur communities,” reads the official announcement.

ChillHub which is an 18 cubic foot top freezer refrigerator, will retail for $999 and can be ordered through FirstBuild.com. The company has said that limited pre-orders are being taken for early bird buyers who will get this refrigerator for $799.

“ChillHub is the infrastructure to be able to connect devices inside your refrigerator to be visualized on your smartphone and the internet,” says Natarajan Venkatakrishnan, director of GE FirstBuild. “FirstBuild’s approach to open innovation makes it possible for the online community to help us conceive and design products that people want, and speed them to market.”