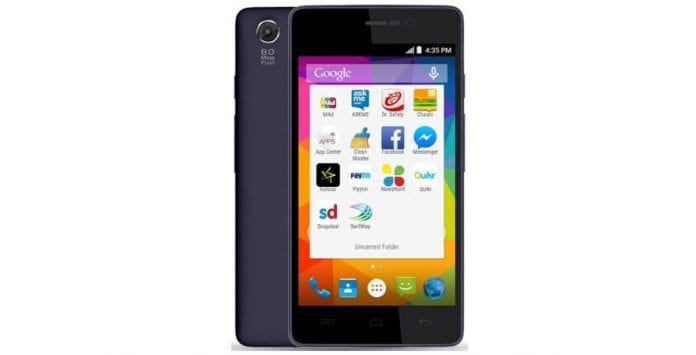 Micromax launches Unite 3 smartphone, its third handset in the Unite series at Rs 6,569

The Micromax Unite 3 is powered by a 1.3GHz MediaTek MT6582M quad-core processor for experiencing the thrill of a powerful performance and comes with 1 GB RAM. It features a 4.7-inch WVGA display IPS display with 480X800 screen resolution and 16.7M Colour Depth. It also comes with a Dual-SIM and runs Android 5.0 Lollipop. It has a 8GB in-built storage that can be expanded up to 32GB via microSD card.

Micromax Unite 3 features a 8MP primary camera with LED flash to let you capture your special moments along with an 2MP secondary camera. It also has HD playback and recording. It is packed with a 2000mAh battery, which according to the official listing is rated to deliver up to 8 hours of talk time and up to 220 hours of standby time. It also includes light, gravity, and proximity sensors. On the connectivity front, the smartphone offers 3G, GPRS/EDGE, Wi-Fi, Bluetooth and a micro-USB slot.

Besides these, the Micromax Unite 3 comes pre-loaded with 10 regional languages plus English! You can type, change the menu or chat in the language of your choice. It also has smart gestures like Smart Awake, HotKnot, First Touch launcher and Talkback.

The Micromax Unite 3 is listed on the company’s site and also available via third party retailer, Infibeam at Rs. 6,569.00.