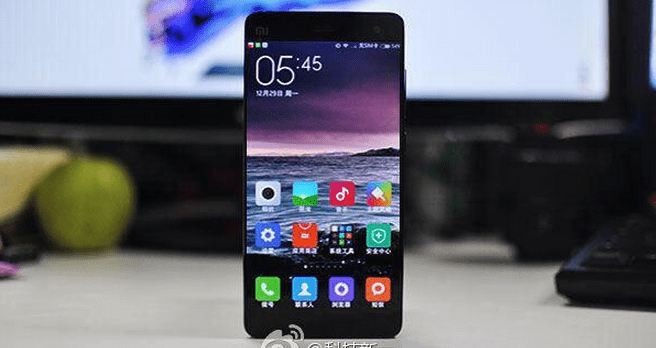 After the launch of its affordable Mi 4i smartphone, Xiaomi could be planning to follow on with its Mi series flagship. A new report suggested at the launch date of Xiaomi’s upcoming flagship, Mi 5 after several leaks were doing the rounds hinting at the specifications of the smartphone. The latest one says the new Mi flagship will use a Qualcomm’s Snapdragon 820 chipset.

Besides the tentative launch date of Mi 5, the report also mentioned the device would feature a 5.5-inch display coupled with 4GB of RAM. It would come with an inbuilt storage capacity of 16GB or 64GB. However, this may differ from the recent leak that mentioned that it could sport a 5.2-inch display. A report from Weibo earlier this month mentioned that Mi 5 would arrive in July, which contradicts the latest report.

According to the previous leaks, the Xiaomi Mi 5 is rumored to have a QHD (1440×2560 pixels) resolution display, 3,000mAh battery and fingerprint scanner. There would be 16 megapixel rear camera with support of OIS technology along with a 8-megapixel front-facing selfie camera. It may or may not adopt the USB type-C interface. The Xiaomi Mi 5 is expected to significantly reduce its thickness and drop to a slim 5.1mm frame to be made out of aluminum.

It is rumored that the new handset may not come alone either. Previous reports have mentioned details of the rumoured Mi 5 Plus handset that will reportedly launch alongside the Mi 5. The phablet is expected to feature a 6-inch QHD display coupled with 4GB of RAM. Other specs include 32GB of inbuilt storage and a 16-megapixel rear camera. It is rumored to sport a nearly bezel-less display design.

The Xiaomi Mi 5 is expected to launch in October or November this year, according to a Chinese website, IT168 (via Android Headlines). Further, a leaked report earlier this month also hinted the flagship to launch by November 15 this year.