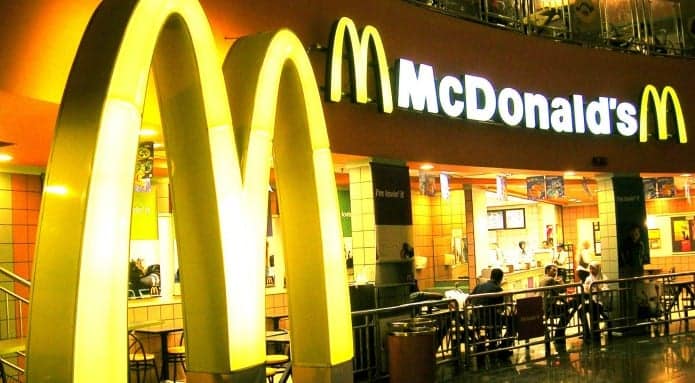 Customers in Australia were treated to a 50% discount meal due to a glitch in the self-service system at a McDonald’s unit. The fault could be made full use of straight from the menu option. Had someone not posted a video on Facebook explaining the steps to get the price cut, probably McDonald’s would have taken some time to find the fault.

Max Jalal shared the mobile phone footage showing how he and his group of friends get a family value Dinner Box that usually costs $19.95 / €17.50 for just $9.95 / €8.80 by doing nothing but using the self-serve tills. Jalal suggests going with the option to pay at the counter instead of the machine, in order to keep the employees unaware of the trick.

Max Jalal selects a $20 dinner box, then his friend doing the filming, is heard saying: “This is the best bit, watch this.” He then selects an L and P option from the drinks menu and adds it to his bill, but it reduces the total price down to $17.20. He then repeats this step three more times until the total is reduced to less than half. The option is easy to locate as it shows no image of a product or price. Jalal’s bill was half the original value after repeating this step four times.

It seemed like like the glitch could not be exploited further than this. The video clip was shot in a branch of the fast-food retailer in Melbourne, Australia. As expected, the Facebook post went viral and managed to garner a lot of attention. The video clip was viewed by more than 1.5 million people after it was posted to Facebook and shared.

Self-service systems have been available in other parts of the world for years, but it is not clear if this process has the same effect on them too. The machine at the respective location has been fixed by McDonald’s Australia and the machine should now work as it is meant to be. It looks apparently that this was an exceptional case.

A McDonald’s spokesman speaking to Daily Mail Australia said: “It is a new computer system and the nature of computer systems mean sometimes glitches can happen.” He added he was “fairly confident” there weren’t any other faults in the system that would let people to reduce the price of their meal.