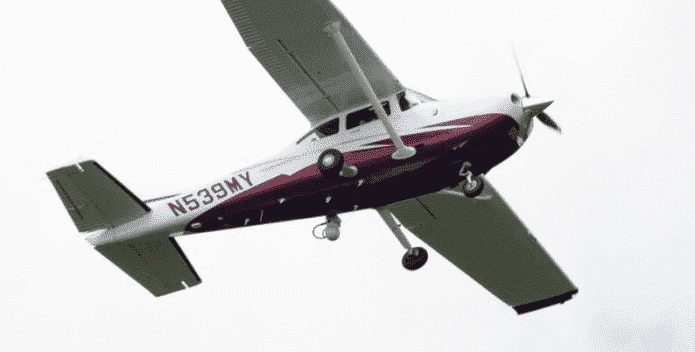 According to The Associated Press, the FBI is controlling the functions of a small Air Force with scores of low-flying planes circling American cities carrying video and, at times, cellphone surveillance technology. Although the FBI tried to keep its spy planes a secret by using dummy companies set up mainly to hide them, it turns out that anyone can use a few readily available tools to track FBI planes in real-time and find out who’s operating them.

Generally, a judge’s approval is not required for the planes’ surveillance equipment, and the FBI said the flights are used for specific, ongoing investigations. The FBI said it uses front companies to keep the pilots and aircraft safe from danger. It also protects the identity of the aircraft so that suspects on the ground do not know that they are being observed by the FBI.

At least 50 aircraft have been traced back to the FBI, and more than 100 flights in 11 states were identified over a 30-day period since late April, circling both major cities and rural areas, as reported by the Associated Press. A federal budget document from 2009 mentioned at least 115 planes, including 90 Cessna aircraft.

The planes have been providing support to FBI surveillance operations on the ground for decades. Some of the aircraft now are equipped with high tech cameras that can identify thousands of people below through the cellphones they carry, even if they are not making a call or in public, thereby, giving rise to questions about how these surveillance flights affect Americans’ privacy.

“It’s important that federal law enforcement personnel have the tools they need to find and catch criminals,” said Charles Grassley, chairman of the Senate Judiciary Committee. “But whenever an operation may also monitor the activities of Americans who are not the intended target, we must make darn sure that safeguards are in place to protect the civil liberties of innocent Americans.”

The FBI officials for the first time confirmed the wide-scale use of the aircraft, which the AP traced to at least 13 fake companies, such as FVX Research, PXW Services, NBR Aviation and KQM Aviation.

Even basic aspects of the program are not disclosed to the public in censored versions of official reports from the inspector general of the Justice Department. The FBI has also taken care not to disclose its surveillance flights in court documents.

“The FBI’s aviation program is not secret,” spokesman Christopher Allen said in a statement. “Specific aircraft and their capabilities are protected for operational security purposes.”

The FBI is not the only federal law enforcement agency to take such measures.

According to a 2011 Justice Department inspector general report, the Drug Enforcement Administration has its own planes that are registered in the name of fake companies. At that time, the DEA had 92 aircraft in its fleet. However, since 2007, the U.S. Marshals Service has been running an aerial surveillance program with its own fleet prepared with technology that can record data from thousands of cellphones, as reported by the Wall Street Journal.