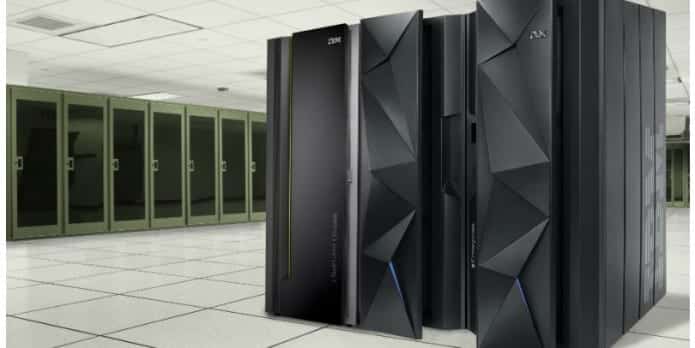 At LinuxCon, IBM and Canonical announced that the two companies were teaming up to build Ubuntu Linux, which will be soon be running on IBM mainframes. The new unit is called the LinuxOne. Also, it is going to support mainframe code contributions to a new “Open Mainframe Project” formed by the Linux Foundation.

IBM and Canonical are teaming up to create an Ubuntu distribution for LinuxOne and existing z Systems mainframe hardware.

“z Systems clients have enjoyed the performance, security and transactional capabilities of mainframes for decades,” wrote Canonical CEO Jane Silber. “By bringing the Ubuntu operating system that developers love to the IBM z Systems mainframe, we will make the cloud and scale out applications (e.g., Apache Spark, MongoDB, MariaDB, and PostgreSQL) customers love to run on Ubuntu available to the mainframe.”

IBM’s Power servers, which run Unix and Linux are already supported by Ubuntu Linux. IBM and Canonical did not say exactly when Ubuntu for mainframes will be available.

According to Ross Mauri, IBM’s General Manager of System z, and Mark Shuttleworth, Canonical and Ubuntu’s founder, this move came about because of customer demand. For over a decade, Red Hat Enterprise Linux (RHEL) and SUSE Linux Enterprise Server (SLES) were the only supported IBM mainframe Linux distributions. Though IBM has its own z/OS operating system, it has supported Linux on the mainframe for 15 years.

LinuxOne is available in two sizes for large enterprises and mid-size businesses. The larger one called Emperor, is based on z13 hardware, can “scale up to 8,000 virtual machines or hundreds of thousands of containers—currently the most of any single Linux system,” IBM said. SUSE is the first Linux distribution for mainframes to support KVM, a hypervisor for the Linux kernel. The other is a smaller mainframe called the Rockhopper designed for a more “entry level” mainframe buyer.

The Linux Foundation’s Open Mainframe Project brings together academic, corporate members and government to encourage adoption of Linux on mainframes. To kick off the project, IBM announced a contribution of mainframe code to the open source community, including “IT predictive analytics that constantly monitor for unusual system behavior and help prevent issues from turning into failures. The code can be used by developers to build similar sense and respond resiliency capabilities on other systems.”

Many data centers still continue to keep mainframes even though they may look like outdated. By providing free access to a LinuxOne Developer Cloud, IBM is hoping to encourage adoption that will allow developers to test and pilot applications without the need to have physical access to a mainframe. IBM said it will also reduce the up-front costs of mainframe hardware by providing metered billing for LinuxOne hardware.

According to TechCrunch “The metered mainframe will still sit inside the customer’s on-premises data center, but billing will be based on how much the customer uses the system, much like a cloud model, [IBM GM Ross]”, explained Mauri.

The overall approach aims to widen the potential market for mainframes as IBM tries to find creative ways to increase sales. Boosting use of open source tools on a mainframe and collaborating with Canonical gives the company a new way to woo customers to a small, but lucrative market.