Facebook Launches M, A Virtual Assistant Inside Messenger That Will Assist People To Chat And Buy Things

The world’s largest social networking site, Facebook rolled out a limited trial of its virtual assistant M on Wednesday. The virtual assistant will be a part of Facebook Messenger app and will be available on both the iOS and Android. Facebook M is set to give competition to Google Now, Apple’s Siri and Microsoft’s Cortana.

With the launch of M, this would be the social media giant’s first major foray into web search, a domain dominated by its Silicon Valley rival, Google.

Like its rivals, M can tell users what the weather of the day would be like or the stock information of your favorite company, so on and so forth. However, unlike its rivals, M is not voice driven and inputs are made by typing and responses come via text. 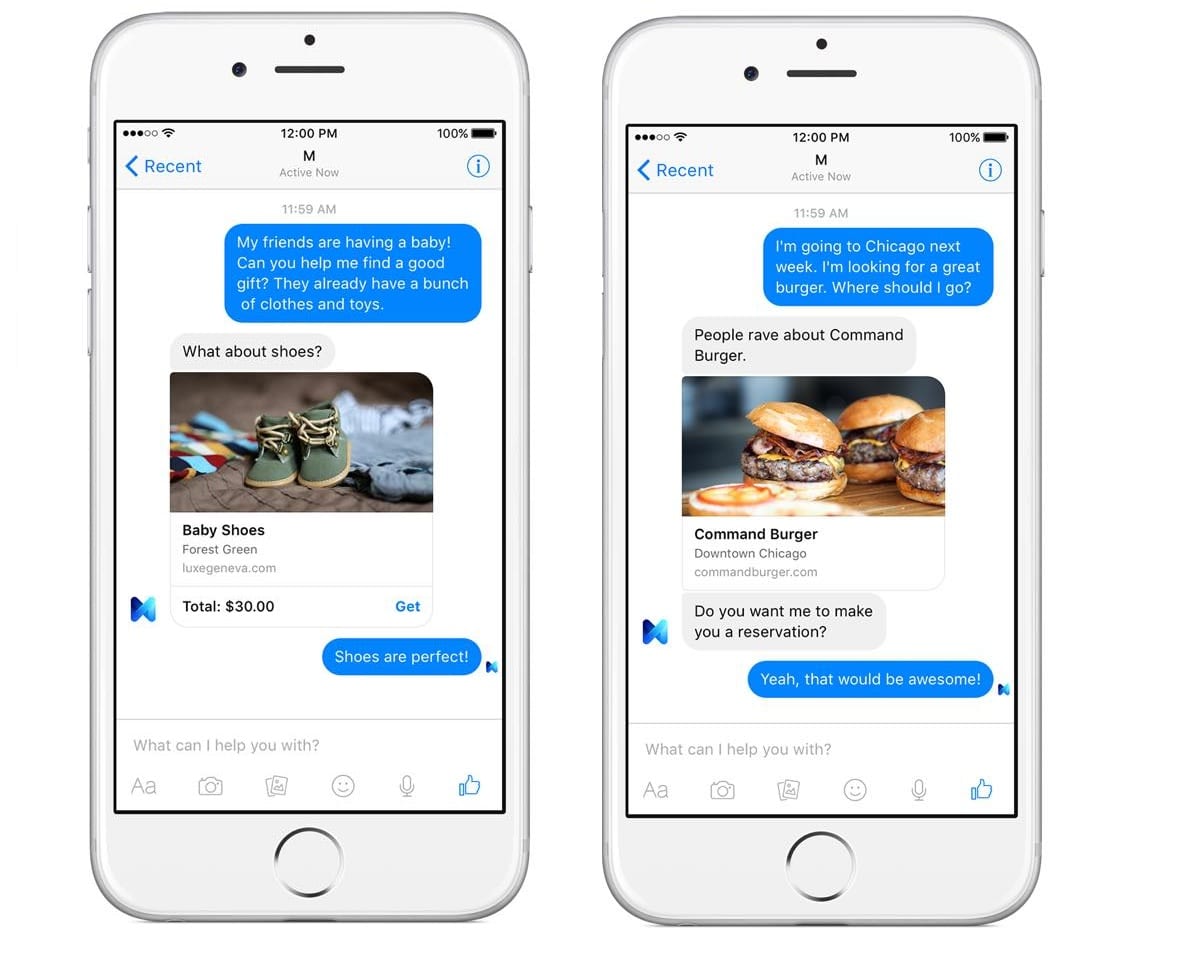 “M is a personal digital assistant inside of Messenger that completes tasks and finds information on your behalf,” explains David Marcus, head of Messenger at Facebook and formerly at PayPal.

“It’s powered by artificial intelligence that’s trained and supervised by people.”
“Unlike other AI-based services in the market, M can actually complete tasks on your behalf. It can purchase items, get gifts delivered to your loved ones, book restaurants, travel arrangements, appointments and way more.”

“It can purchase items, get gifts delivered to your loved ones, book restaurants, travel arrangements, appointments and way more.”

The business model for Facebook is very clear. Marcus told Wired magazine: “We start capturing all of your intent for the things you want to do,” says Marcus.

“Intent often leads to buying something, or to a transaction, and that’s an opportunity for us to [make money] over time.”

M can do this because it does not depend only on artificial intelligence to answer questions, Marcus said. When M is baffled, it turns to actual, old-school customer service representatives, called M Trainers, to answer questions.

Keeping money services aside, Facebook is without doubt in a very strong position in the digital assistant race. As a platform, it knows more about us than any other social network.

The feature is only in Facebook’s messaging app and not in built into an OS like Siri and iOS, Google Now and Android, or Cortana and Windows 10.

Like its rivals, M also doesn’t offer predictive search results. Google Now and Cortana give users information they most often search for before any question is asked, while in iOS 9, Siri is expected to do some similar things.

The company has been looking to expand Messenger into a fully-featured social network of its own, building its own app and adding new features like apps and tools to talk to shops.

Facebook said that it is hoping to build the service to become much bigger. It is “an exciting step towards enabling people on Messenger to get things done across a variety of things, so they can get more time to focus on what’s important in their lives,” said Marcus.

Currently, M is launched only on the phones in Bay Area of San Francisco. It will be rolling out to more users slowly. As of now, there is no clarity on when it would be reaching Indian users.