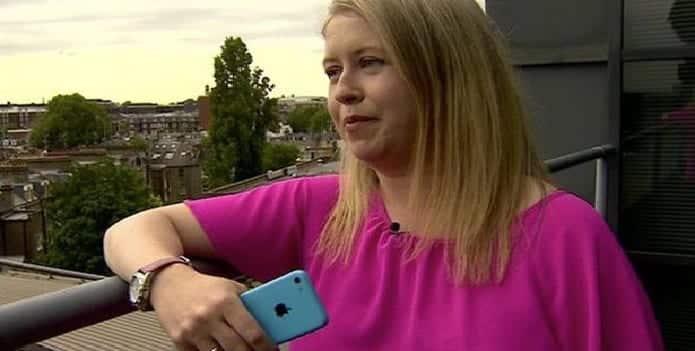 Police are investigating a “new” crime of cyber-flashing after a commuter received an indecent image on her phone as she travelled to work. The image was sent to her using AirDrop through Apple’s iPhone.

Lorraine Crighton-Smith, a resident of London received the NSFW picture during her journey on a train in South London. The world’s first cyber flasher used AirDrop feature in iPhone to send her this image.

AirDrop feature is designed to share pictures between friends with ease but at the same time it can be used by anyone to send images to people in close vicinity.

Crighton-Smith, 34, told the BBC that she had felt “violated” by the picture. She reported it to the British Transport Police, who told her that the crime was new and asked that anyone else affected by similar messages should report them.

The reason Crighton-Smith received the picture through AirDrop was because she was using the same feature in her iPhone at that time to send an image to her friend. She said that was she was sharing images with her friend, she was unexpectedly sent a picture of a man’s private parts while she was on the train.

“So, I declined the image, instinctively, and another image appeared, at which [point] I realised someone nearby must be sending them, and that concerned me,” she told the Victoria Derbyshire programme. “I felt violated, it was a very unpleasant thing to have forced upon my screen.”

Crighton-Smith believes that the cyber flasher was sending the images on purpose fully knowing that she was a female from her description in AirDrop.  But she worried that someone else more vulnerable, like a child, could have received the photo.

The British Transport Police said that this is first time they have registered a case of cyber flashing. They cited difficulties in pursuing the cyber flasher as Crighton-Smith didn’t accept the photo. Thus they dont have any evidence left on her iPhone which can identify the cyber flasher.

AirDrop uses wifi and Bluetooth to send pictures and other files over short distances, between iPhones, iPads and Macs. By default the technology is set to “Contacts Only” — limiting the feature to people users know — but that can be easily changed to “Everyone”.

The AirDrop settings are easily accessible from the control centre, by swiping up from the bottom of the iPhone or iPad’s screen.

Similar incidents have been known to happen with Bluetooth, which also allowed anyone to receive or send photos from and to anyone else in the immediate vicinity. But the British Transport Police said that it was the first time they had seen Apple’s technology used in such a case.