A month after the Impact Team had released the stolen data from the Ashley Madison hack, a married pastor from New Orleans, LA committed suicide. John Gibson, who taught at the New Orleans Baptist Theological Seminary, was found dead by his wife, Christi, on Aug. 24.

“It was a moment that life doesn’t prepare you for,” Christi said to CNNMoney about her husband’s suicide. “I had to call my kids. How do you tell your kids that their dad is gone and that he took his own life?”

Online adultery website, Ashley Madison was hacked by a group of hackers calling themselves The Impact Team on 19th July. The hackers, who have stolen approximately 300GB data from AshleyMadison.com, have dumped around 60GB data on the dark web. Among the dumped data, Pastor Gibson name also figured which caused him to take such extreme step. Christi revealed that the data dump gave Gibson so much shame, which then led to his decision to take his own life. 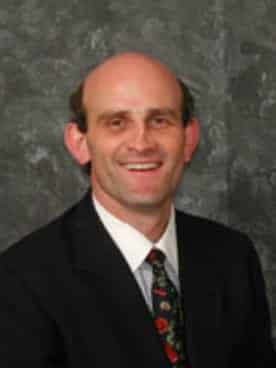 “He talked about depression. He talked about having his name on there, and he said he was just very, very sorry,” Christi said in regards to Gibson’s suicide note. “What we know about him is that he poured his life into other people, and he offered grace and mercy and forgiveness to everyone else, but somehow he couldn’t extend that to himself.”

She added, “It wasn’t so bad that we wouldn’t have forgiven it, and so many people have said that to us, but for John, it carried such a shame.”

Gibson’s untimely death has been mourned by his students and his fellow teachers.

“As a colleague, he was known as one to express care and compassion in a tangible way both to our students and to our faculty. John was loved by the students because of his love for the ministry and for them; he was always a favorite,” Thomas Strong, a dean at the seminary, said. “Our hearts are saddened … We are better because of John and the way God used him in our lives.”

Gibson is survived by Christi and their two children, Trey and Callie.