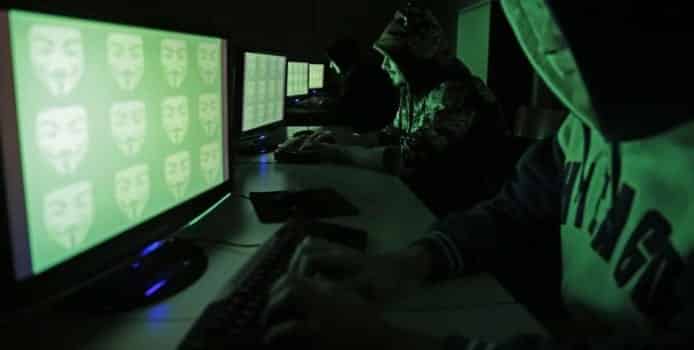 Like the animals, hackers also hack their prey in groups. Sometimes these groups become famous for perceived good deeds like hacking ISIS websites done by Anonymous but most of the time these hacker groups operate against the law. Some of the hacker groups have since disbanded after being in public eye. The prime example of infamous hackers group is Lizard Squad. They DDoSed the PlayStation and Xbox servers right during the time of Christmas weekend earning them many villains.

Today we are listing top such 10 most notorious hackers of all time.

The DDoS attack on Facebook that lowered the popular social media network as well the cyber attacks on Malaysia Airlines website that directed visitors to a page which read “404 – plane not found,” were carried out by the Lizard Squad. While Facebook refused to accept being hacked, Malaysia Airlines stated that their domain had been temporarily redirected elsewhere and that they had not been hacked. Lizard Squad has also hacked Microsoft and Sony.

The intentions of Lizard Squad look dark and gloomy due to the diverse history of their work. They are not totally computer hackers as most of the hack they do is comedy. The group is responsible for a high-profile hack of Microsoft Xbox Live and Sony’s Playstation Network. In August 2014, the group posted the ISIS flag on Sony’s servers and made other indirect references to the “cyber caliphate.” The group was arrested by the authorities in the U.S. and England after the Xbox and Playstation hacks.

The Syrian Electronic Army claims to target political opposition groups and claims to support the Syrian President Bashar al-Assad. It calls itself “a group of enthusiastic Syrian youths who could not stay passive towards the massive distortion of facts about the recent uprising in Syria”.

It becomes involved in the use of malware, phishing, defacement, spamming, and denial of service (DDoS) attacks with often posting the Syrian flag on a victim’s website. Some have even assumed as a fact that the group is connected with the Syrian state. The group have targeted the Facebook pages and Twitter accounts of President Barack Obama and French President Nicolas Sarkozy, as well as technology companies and news organizations. Their tone is “serious and political to ironic and humorous.”

After the HBGary Federal hack of 2011, LulzSec – Lulz Security abbreviated – formed as an Anonymous spinoff. It’s slogan was “Laughing at your security since 2011.” The group announced itself with a hack against Fox.com, then Sony Pictures in 2011. The group took the CIA website offline.

LulzSec had become well known for ridiculing its victims after an attack, which made the analysts compare them to the hacks to internet pranks. In June 2011, a ‘50 days of Lulz’ statement announced that the group had fallen out. However, on July 18, the News Corporation was hacked by the group, who had posted false news about the death of Rupert Murdoch.

In 2012, the LulzSec members were arrested by the FBI after the group’s leader, Sabu, turned them in. Prosecutor Sandip Patel said the group thought of themselves as “latter-day pirates.”

Known most for its hacking and Guy Fawkes masks, Anonymous is a decentralized open online creation group. Reports conceive that Anonymous is made up of thousands of “hacktivists.” The group has compromised religious, corporate and government websites.

The group has declared war on Scientology and hacked the Pentagon. In 2012’s Operation Payback, they also attacked MasterCard, Visa and PayPal for refusing to process payments to WikiLeaks, which in turn led WikiLeaks to choose the cryptocurrency Bitcoin. Anonymous supported Occupy Wall Street and hacked the New York Stock Exchange website in 2011.

For being involved in Anonymous, individuals have been arrested in the U.S., UK, Netherlands, Australia, Spain, and Turkey.

Rumored to be encouraged by the seventh level of hell from Dante’s Inferno, ‘the violent’ level, this hacking group hacked 60 high profile computer systems (NASA, The First American National Bank, Sheraton Hotels) in 1999. They also hacked into the US Embassy in China’s website. However, this group broke up and stopped functioning in 2000.

It was alleged that the NCPH Group was formed in China in 1994, whose leader Tan Dailin was apparently working for the Chinese army. It is believed that the People’s Liberation Army was funded by the NCPH. The group appears to be based out of Zigon in Sichuan Province.

The mission of the Chaos Computer Club is to uncover the security flaws, which basically does not only depend upon illegal activities. It was founded in Berlin during the early 1980s and is one of the largest European hacking groups. The group made its point after they used the Bildschirmtext page to steal 134,000 Deutsch Marks from a Hamburg bank, only to send the money back after having completed its mission the next day, which was to expose a security flaw.

Early CCC member Andy Müller-Maguhn in an interview with OWNI stated: “we needed a lot of legal experts to advise us what we could or could not hack, and to help us distinguish between legal activities and grey areas of legality”. The group’s kindly approach has allowed the CCC to become “an accepted and recognized entity because it has worked to educate the public about technology since the 1980s,” Müller-Maguhn added. The group’s most recent focus has been on the mass surveillance complex, in order to fit in a German hacker ring. CCC Member Falk Garbsch stated:

There have to be consequences. The work of intelligence services has to be reviewed – as does their right to exist. If necessary, their aims and methods will have to be redefined. …We have to think about how these [shared] data are processed and where they can be allowed to resurface. And this is not just the challenge for 2015, but for the next 10 years.

The group has strongly objected French nuclear tests, made full use of COMP128 encryption algorithm of a GSM customer card, stole money on live TV via Microsoft’s ActiveX; and examined the German federal government’s own malware. The group’s press release on the topic reads:

“The malware can not only siphon away intimate data but also offers a remote control or backdoor functionality for uploading and executing arbitrary other programs. Significant design and implementation flaws make all of the functionality available to anyone on the internet.”

The CCC may have characteristics of a Marxist, after being caught selling source code from U.S. corporations and governments to the Soviet Union’s secret police KGB.

globalHell was founded by street-gang member Patrick Gregory. Data on 115 websites were reportedly destroyed by the group charging millions in damages. In order to get away from street gang life, Gregory had turned to computer. His crew of hackers behaved basically the same as a street gang. “global hell will not die” was reportedly written by the group on the United States Army’s website. Gregory confessed in court to causing $2.5 million in hacking damages.

Looks like the Tarh Andishan wants to control the world’s web-based systems. Mostly based in Tehran, Iran, the group is approximated to have 20 members. A talented hacker group, Tarh Andishan looks like grew out of a Stuxnet worm virus, which Iran claimed the US and Israel had created.

The Iranian government doubled-down on its cyber warfare. The group uses self-propagating software, backdoors, SQL injection, systems, and other techniques. The group is best known for one of the attacks called “Operation Cleaver.” This hacker group has apparently hacked security systems and airline gates. Most findings were not taken into consideration due to the “grave risk to the physical safety of the world” the group reportedly poses, according to the report.

A 16-year-old hacker with a pseudonym TriCk started this group in 2010. TeaMp0isoN hacked into Facebook, NATO, the English Defense League, including Tony Blair’s email account. The group broke up and stopped functioning in 2012. However, in 2015, the group rebranded itself as a white-hat computer security research group.

There are several other hacking groups who may be more deadlier than the above. We have listed only those hacker groups who have consistently been able to be in public eye due to their hacking exploits.

You can list the hacker groups which you think should have been included in the top 10 list, in the comments below.