Microsoft besides revealing two new Lumia 950 smartphones, also announced a new gadget called the Microsoft Display Dock at the Surface Pro 4 event on Tuesday. With this device, you can turn your Windows 10 phone into a desktop PC.

The Microsoft Display Dock allows users to pair it with a large display, keyboard, and mouse. It also features three standard USB ports, a USB Type-C connector, a DisplayPort, and HDMI.

The USB Type-C is used for connecting the phone, while the regular USB and display ports allow support for keyboards, mouse, and a monitor. Since Microsoft’s both the latest smartphones, the Lumia 950 and 950 XL, have USB-C ports that runs Windows 10 universal apps, the entire interface is upscaled for the larger display transforming into almost a regular Windows 10 PC. 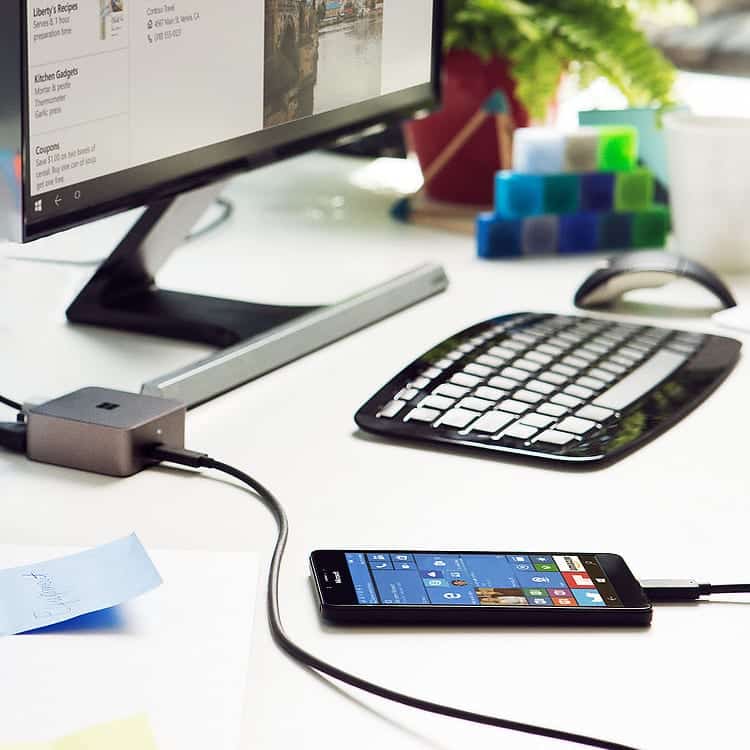 To make switching of apps easy, there is a task bar and task switcher. You can access your mail or even edit a PowerPoint on your computer screen like you would on a PC, all while your phone is driving the whole operation. Keyboard shortcuts still work on the PC, too. You can copy and paste like you normally would, and you will see the results on your phone.

Also, each experience is independent and uninterrupted, which means that while you are using desktop, you can still navigate your phone as per usual by going back to the start menu and open up another app.

While Microsoft did not reveal pricing and release date for the Display Dock, it definitely seems like it could be a killer accessory for people who want to carry only their phone, but also might need to depend on a PC-like setup at unexpected times.