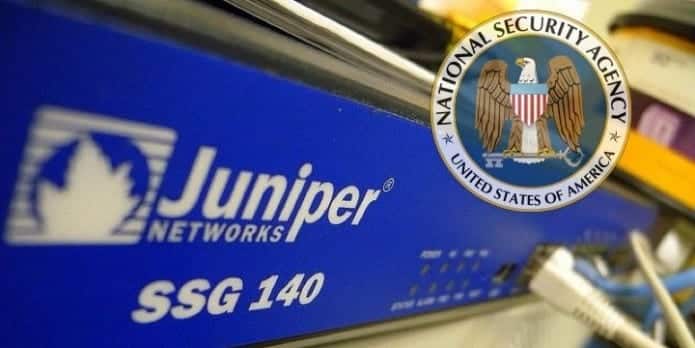 According to the documents leaked, it shows that the British spy agency enlisted the US National Security Agency (NSA) to help it hack firewalls made by the internet security provider, Juniper Networks, a Sunnyvale, California-based network hardware manufacturer.

The documents leaked by the serial US whistleblower and former NSA contractor, Edward Snowden, shows Government Communications Headquarters (GCHQ), which is the UK’s foremost electronic intelligence and surveillance agency enlisted the American agency’s help to access the firewalls.

The revelations come as the Intercept website released a six-page document dating back to 2011 titled “Assessment of Intelligence Opportunity – Juniper” that was written by an NSA employee working with GCHQ. It reveals that Britain’s communication intelligence network was then looking for a partner on an urgent basis across Atlantic in order to infiltrate Juniper’s security products.

“The threat comes from Juniper’s investment and emphasis on being a security leader,” the document states.

According to the document, Juniper was not the market leader but the firm’s products were of particular importance as they were used by countries such as Pakistan, India, China and Yemen, which were major targets of American and British spy agencies.

The document is one of thousands classified intelligence documents leaked by Snowden in 2013, revealing the extent of spy activities by the NSA and its sister organization, GCHQ.

It warns that signals intelligence (SIGINT) agencies could be left unable to keep up with technological advance.

“If the SIGINT community falls behind, it might take years to regain a Juniper firewall or router access capability if Juniper continues to rapidly increase their security.”

The document was one of thousands leaked by NSA contractor-turned-whistle-blower Edward Snowden.

The revelation caught both Washington and London in hot water as the two countries’ spy networks collected phone and email data of millions of people including their leaders around the world.

To avoid espionage charges, Snowden fled his country and was granted asylum in Russia, where he currently resides. Many Americans consider Snowden as a whistle-blower and a national hero for blowing the lid off the US government’s global surveillance operations.

Asked about the document, GCHQ says it does not comment on intelligence matters and complies with “a strict legal and policy framework.”

Juniper told the Intercept in a statement that it “operates with the highest of ethical standards and is committed to maintaining the integrity, security, and quality of our products.”