SAMSUNG is hard at work on a smartphone with a plastic display capable of being rolled up, according to a patent filed by the technology giant.

Samsung’s love for devices that can be folded, twisted, rolled or otherwise manipulated is nothing new. Well, the South Korean company has recently filed yet another patent application pertaining to the field but, in a first, this patent is all about the interaction side of the screen twisting.

As per the patent, the folding or rolling action — depending upon the device in question — should do one of several possible things, nearly all of which are concerned with triggering interaction with at least one other application.

The potential uses of this, are of course many and varied.

The illustrations filed with the approved patent reveal a cylindrical hub, which houses the rolled display – which unfurls like a pair of window blinds. 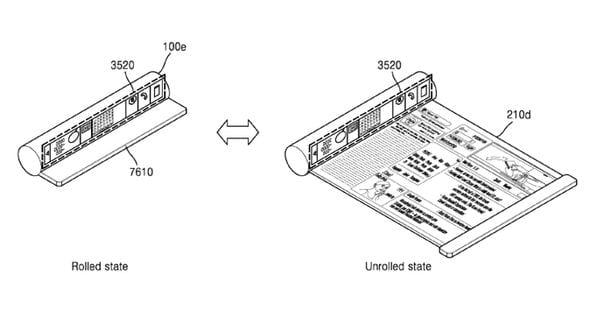 Users then pull a tab at the end of the multitouch display to unroll it from the hub and use the full screen real estate available on the tablet or smartphone.

To achieve this unprecedented level of flexibility, the patent notes Samsung would replace traditional Gorilla Glass multitouch glass with a pliable plastic material.

For example, smartphone owners could pull-out a larger display to reveal a full week-view on their calendar, or split-screen between two apps, or for a larger screen to watch film.

It’s a staggeringly cool idea and offers a rare glimpse into some of the ideas being kicked around the Samsung research and development department. 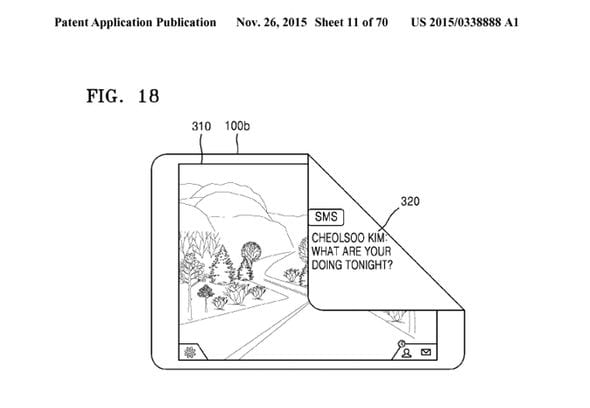 Meanwhile, Samsung is hard at work on the Galaxy smartphone S7, which is due to hit UK shelves early next year.

Not much is known about the new smartphone – although there is one heavily-rumoured feature that is sure to please Samsung fans.

A new report from Italian news outlet HD Blog claims the Samsung Galaxy S7 will bring back the microSD for expandable storage.

The new technology is expected to hit the market soon with Samsung Galaxy series.