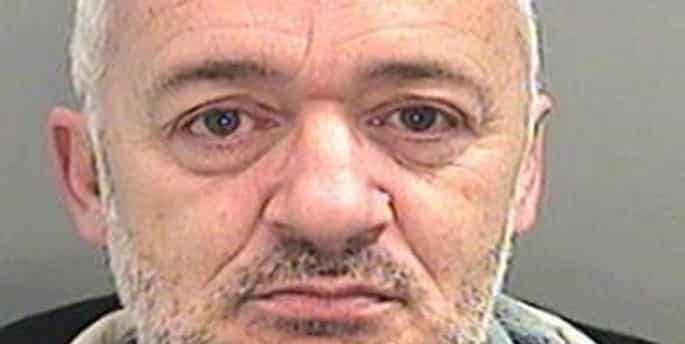 Exposing paedophiles is good but blackmailing them is strict no no. Lee Philip Rees made about $59,980 (£40,000) using a sophisticated “paedo hunting” blackmail plot. According to the prosecution in the case, Rees posed as a 13 year old girl to lure paedophiles and extorted huge amounts from the victims.

The 47-year-old of Roath, Cardiff was found guilty on 31 counts including computer misuse, hacking and blackmail, and sentenced to nine years in prison. He was also placed on probation for possession of indecent photographs of children in 1989. Over a period of two-and-a-half years, Rees admitted carrying out the scam hundreds of times and would send money to a family in Thailand.

Rees was arrested in May 2011 after his wife and her new partner discovered a file on his laptop which they suspected contained indecent images and the laptop was passed to the police. Rees pleaded guilty to a number of offences including blackmail, distributing indecent images of children and securing unauthorised access to a computer or “computer hacking”.

During interviews with the police, Rees admitted to posing as 13-year-old girls in internet chat rooms and waiting for paedophiles to contact him. He used pseudonyms such as Jess or Megan, Rees and encouraged his future victims to show themselves on webcams, and once they had done so he threatened to expose them online.

By using a remote access tool, Rees would send his victims photographs of 13 and 14-year-old girls accompanied by a file that looked like a video for them to click on. The link contained a malware which let him take full control of the victim’s computer. Once he had full access, he would then search their computers to obtain their personal details and any pornographic and incriminating images he found there.

Rees would then post the names, addresses and images of his victims, along with his conversations with them on a website he created. He would then tell his victims to pay up ransom to get their details deleted from the website. He would demand money in Amazon vouchers to avoid bank trail.

Rees told the police that he sent $600 to 700 (£400-£500) a month to his family in Thailand. He also accepted that he had travelled out to the Thailand around nine times over the last four years to meet his family.

He will have to serve half before he is eligible for release on licence and will then be subject to a serious crime prevention order for five years from the date he is released.

Sentencing him, Judge Eleri Rees said: “Having read all of the evidence and, in particular, the chat logs, I have reached the conclusion that you derived much enjoyment and satisfaction in controlling and manipulating these individuals, preying on their fears and extracting for yourself significant financial gain. The money was spent on holidays abroad, buying expensive computer equipment and sending money to persons in Thailand.”