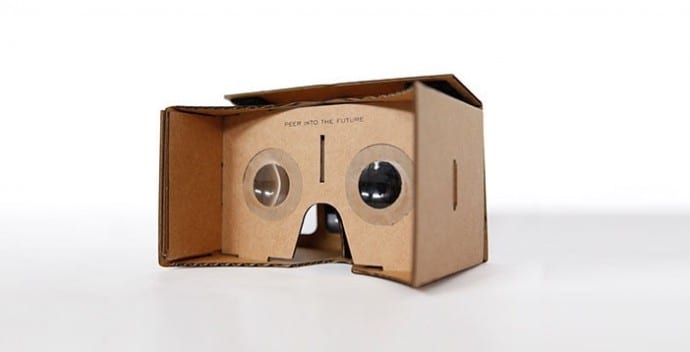 A four-month-old baby born with only one lung and a defective heart got a new lease on life after doctors in Miami, Florida used Google Cardboard, the virtual-reality (VR) headset to explore her heart in a virtual, 3D form. The life-saving surgery that was made possible with Google Cardboard helped the baby celebrate her first Christmas with her family.

Teegan, one of the twins born on August 20 to Cassidy and Chad Lexcen of Minnesota, was born with only one lung and a critically deformed heart that had been displaced into her left chest cavity.

Doctors in Minnesota deemed the newborn inoperable — “a word we hate here,” said Dr. Redmond Burke, Nicklaus’ director of cardiovascular surgery. As standard 2D images did not provide enough detail of the state of her heart, doctors were too afraid to go ahead with an open-heart surgery.

The twins’ parents said they were told to prepare to let Teegan go. She was sent home with her twin sister Riley so that she could spend her short life with her family in Minnesota.

“It was devastating,” said Teegan’s mother, Cassidy Lexcen told WSVN News. “Any parent that has to go through that is… it’s devastating, and we lived every day by every day, knowing this could be her last day with us.”

However, determined to save their daughter’s life, Lexcens’ scoured the Internet to find a team who could attempt surgery. After a couple of months, they found hope with the doctors at Miami’s Nicklaus Children’s Hospital, who thought Google Cardboard’s virtual imaging could help with surgery on Teegan’s heart.

The pediatric surgeons at Nicklaus Children’s Hospital took computer scans of Teegan’s heart and lung and uploaded the images to an iPhone. The team converted 2D MRI scans of the deformed heart and one lung into 3D images using a $20 Google Cardboard. It finally gave surgeons a chance to visualize the procedure that would go on to save Teegan’s life.

“The old VR images we used to get were just too grainy not specific enough for the fine detail you need to do open heart surgery on a baby,” said Burke.

With VR imaging, doctors were able to successfully decide where to make their first incision. The doctors were able to proceed with the delicate seven-hour open-heart surgery, where they rebuilt Teegan’s aorta—the body’s main blood vessel that leads away from the heart—with donated heart tissue and then connected her aorta and pulmonary artery.

“I looked inside and just by tilting my head I could see the patient’s heart,” Dr. Juan-Carlos Muniz, head of the hospital’s MRI program, told UploadVR. “I could see it as if I were standing in the operating room.”

“Finding out after the fact that helped save her life, that’s phenomenal,” said Cassidy Lexcen.

On Wednesday, four weeks after her surgery, baby Teegan was taken off a ventilator and is breathing on her own. Little Teegan is now recovering in the hospital’s ICU with her parents, her twin sister Riley and the cardboard tech by her side. Doctors expect her to go home within the next two weeks and make a full recovery.

“Being innovative seems to be the goal of this hospital and these doctors and innovation saved our daughter’s life,” said Lexcen.

“It’s the best thing that we could have been given this time of year. We have another chance with our baby girl, and we didn’t think we would ever have that,” Lexcen added.

Dr. Burke, who’s passion is to merge medical science with new tech, says his next project will involve raising awareness about the uses of VR imaging in the medical field.

This isn’t the first time when an emerging technology helped doctors saving a life. In January 2014, an Indian doctor had used Google Glass to perform a foot and ankle surgery of a patient. An ACL surgery was also broadcasted directly through Google Glass in 2013.