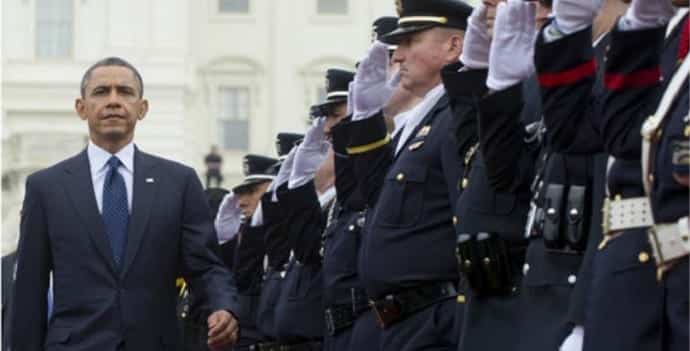 An anonymous hacker created flutter by leaking names and addresses of officers, forum posts critical of Barack Obama, and controversial contracts which he accessed by hacking Fraternal Order of Police website

A hacker hacked into the website of America’s biggest police union website and leaked private files including the names and addresses of officers, forum posts critical of Barack Obama, and controversial contracts made with city authorities on Thursday.

The anonymous hacker managed to hack the Fraternal Order of Police (FOP) website. FOP represents about 330,000 law enforcement officers across the US.  The hacker stole approximately 18TB of data from its servers and leaked around 3.5 gigs online. The data was picked by users and is being currently shared on social media networks.

“We have contacted the office of the assistant attorney general in charge of cyber crime, and officials from FBI field offices have already made contact with our staff,” Chuck Canterbury, the FOP’s national president, said in an interview.

Canterbury said he was confident that no sensitive personal information or financial details of their members had been obtained. “Some names and addresses were taken,” he said. “It concerns us. We’re taking steps to try to notify our members but that is going to take some time.”

The hacker was also able to steal threads from the FOP’s members-only online which contained controversial posts, including some in which officers expressed anger at Obama, supreme court justice Sonia Sotomayor and “illegals” who were in the US without documentation.

One of the leaked 2010 post in the name of Robert Schafer from Virginia described Obama as an “antipolice, antilaw and order President”. In 2009, Donald Hartman of Indiana condemned the FOP leadership for endorsing the nomination of the “radical socialist” Sotomayor.

While another post by Anthony Orlando of Tennessee says this about FOP leadership “follow her lead, step down and give their seats to a minority or smart latina”.

In an online posting, a person using the screen name Cthulhu said he or she had released the files after receiving them from a source who wished to remain anonymous and wanted them made public “in light of an ever increasing divide between the police groups and the citizens of the US”. In a statement to the Guardian, Cthulhu added: “Our role is simply to present the material in an unadulterated form for the public to analyse.”

Cthulhu also claimed to be holding back a total of 18 terabytes of police data, yet Canterbury insisted that nowhere near that amount of information was in the FOP systems.

The leak also contains hundreds of contracts between regional authorities and local fraternal order of police lodges across the country. Some such deals have been sharply criticised as shielding police officers from prosecution or disciplinary action following the excessive use of force.

FBI confirmed that it was investing the hack but refused to comment on the contents of the leak.