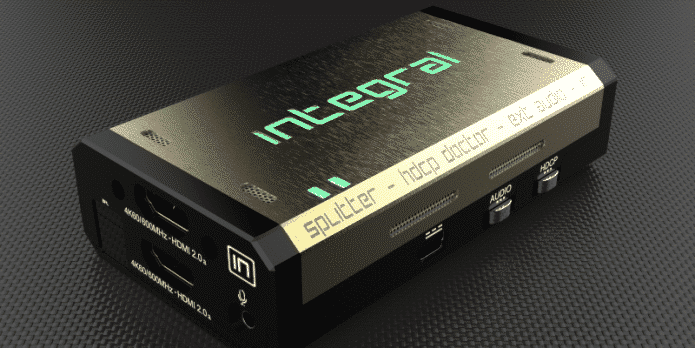 The devices called HDFury 4K, can be used by pirates and users to copy 4k video from streaming platforms as well as other HDCP 2.2 protected content.  Warner Bros. and Intel have taken exception to ripping 4K protected videos and are filing a lawsuit against China’s LegendSky, makers of the HDFury 4K.

LegendSky launched its range of new ripping devices which allow users to strip the latest HDCP encryption. This hardware sits between a HDCP-compliant source device and another device, allowing it to pass on a “stripped” 4K signal.

Warner Bros is a genuine victim and is suing LegendSky because many of its films could be ripped instantaneously using the HDFury 4K. But if you are wondering why Intel is filing the suit, here is why. Intel owns a company called Digital Content Protection, which content makers pay a fee to in order to protect their digital creations from would-be pirates.

The lawsuit copy, obtained by TorrentFreak, claims HDCP as an “an indispensable content-protection technology” that secures digital audio and video as it travels from set-top boxes, DVDs, Blu-rays, computers, DVRs, games consoles and HDTV.

However, Intel’s technology doesnt seem to be successful in protecting 4K content as would appear from HDFury 4K. Intel admits that in the documents filed before the court

The HDFury Devices harm DCP because, among other things, they undermine the effectiveness of HDCP, lower the value of HDCP, and thereby jeopardize DCP’s ability to license HDCP to Digital Device manufacturers and Digital Content owners.

Both Warner Bros. and DCP accuse LegendSky of violating the DMCA’s anti-circumvention provisions. In addition, they claim that the company violated the Lanham Act by falsely stating that the HDFury devices comply with HDCP’s license requirements.

TorrentFreak confirmed that HDFury 4K ‘stripper’ indeed works as promised by its maker. The first devices were shipped from China early November, a few days before the first 4K rips appeared online.