TIOBE Index findings reveal that Java was most popular language of 2015, closely followed by C

Another finding revealed by the index was that in addition to being the most popular programming language, compared to last year, Java also recorded the biggest ranking change with a 5.94% growth. 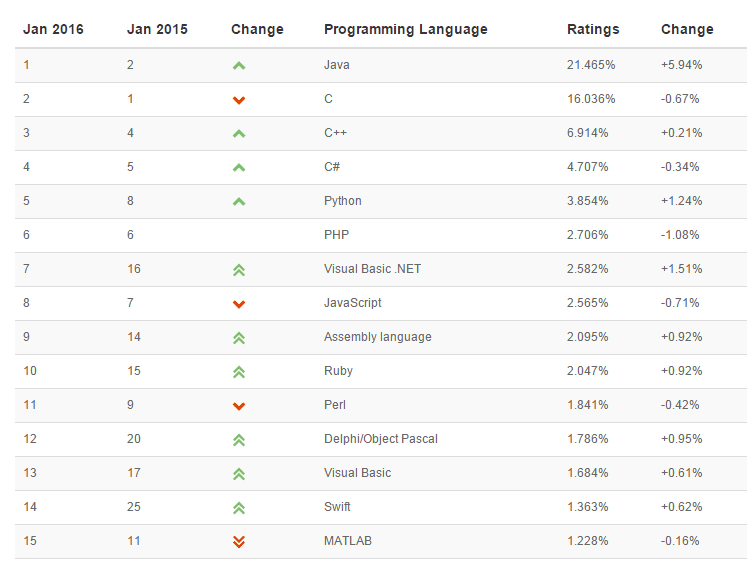 C had gained popularity at the expense of Java for past three years. Java, which was most popular in the 2000s, has again come to forefront due to Android ecosystem.  Java’s popularity has surged once again after Android-based smartphones have started dominating the mobile market.

Another programming popularity tracking index, PYPL also declared Java as the most popular programming language but its data showed that Python was steadily gaining over Java with a growth of popularity of 1.1%, compared to Java’s 0.4%. 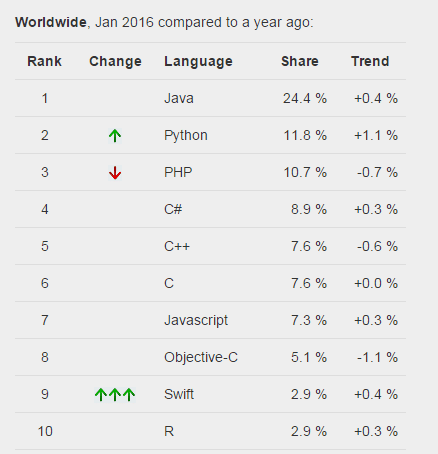