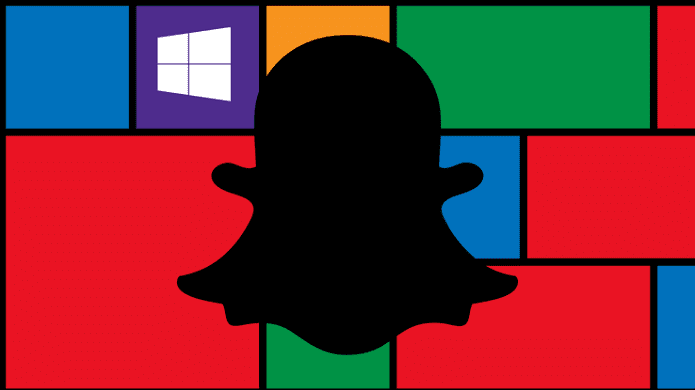 While Windows Phones have one of the smoothest interfaces as far as mobile operating systems are concerned, the only element that will be their downfall is the lack of applications present on it. With this latest story, it looks like that freefall will continue to take place thanks to the story you are about to hear. Rudy Huyn, who happens to be the creator of several successful Windows Phone apps, had his Snapchat application pulled from the store after the company specifically wanted all third-party clients to be banned on Windows Phone.

And 1 year later, an answer to a regular question: Why I don't speak about 6snap and why it was removed… Cause I'm not allowed to speak…

The reason for this is that Snapchat originally stated that the removal of third-party apps was needed due to security concerns and targeted all platforms, but in the end, only Windows Phone was affected. Huyn successfully managed to create a Snapchat client called 6snap, but it was ultimately removed for the very same reason. Huyn explains the following, though he does state that he was not allowed to speak on the matter at all otherwise he could have been met with a serious lawsuit on his hands.

“And one year later, an answer to a regular question: why I don’t speak about 6snap why it was removed… Cause I’m not allowed to speak. They don’t care. They hate Microsoft and will do everything to kill you. Whatever the API you use, Snapchat’s lawyer will send you a mail, don’t lose your time. Remember one thing: there is a lot of Snapchat third-party apps on Android/iOS, but they send lawyers to WP only. Sideloading is not an option.”

So what does Microsoft have to do to bring Snapchat on Windows 10 Mobile? Meet up with them and settle on a deal that will bring an official app to the store. The whole reason why the entire scuffle took place was because Microsoft chose to bring 3rd party applications to the Windows Store rather than an official one. So is it possible that an official Snapchat app will appear on the app store anytime soon? It is highly unlikely, but if both companies are willing to bury their differences then who knows.