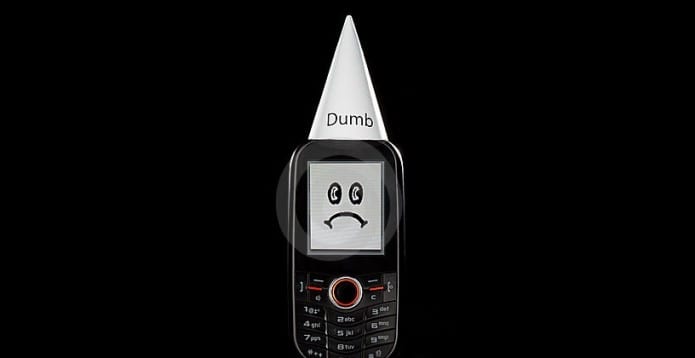 The past decade has seen a rise in the number of smartphones that have been launched in personal computing technology. Where high profile hits like Apple’s iPhone and Samsung’s Galaxy Note series made a mark in that time, there were many phones which did not get even noticed.

Here is a list of the five most disastrous smartphones that were ever released.

No. 1: The BlackBerry Storm

This smartphone tops the list of the worst smartphone ever. However, thanks to the strength of the BlackBerry brand and a major marketing push from Verizon, which was eager to have a device that could counter the incredible hype AT&T was generating with the iPhone at the time, the device initially sold very well. But the Storm was met with mixed reviews when users starting using the phone with some pointing towards serious usability problems. It was also deemed that the SurePress touchscreen wasdifficult to learn and a hindrance to fast typing. A number of reviewers also ran into multiple software glitches during their testing, such as lockups, sluggish performance and refusal to switch orientation. It was also noted that the web browser was still unable to handle complex webpages correctly, hinting that the iPhone’s Safari is a better mobile browser.

Even before the Storm was released, RIM knew it had a soul-crushing stinker on its hands, as employees started referring to it as the “Sh*t Storm”. Also, former co-CEO Jim Balsillie admitted that he was “dismayed at Storm’s delayed response to touch-screen clicks” when he was using it.

It is learnt that this past May that almost every BlackBerry Storm that shipped in 2008 needed to be replaced. The Storm was such a disaster that Verizon demanded that RIM pay it back $500 million to make up for the losses it took trying to sell the device.

No. 2: The Amazon Fire Phone

The reception to the Fire Phone has been mixed. Amazon has messed up almost everything about the Fire Phone. Drawbacks such include the 2013-level technical specs (including the lack of Bluetooth LE), the underdeveloped OS, confusing interface, bland design, Firefly’s poor accuracy, its high price, and the exclusivity of the device to AT&T’s network. Its unique features don’t provide enough utility, and come at the expense of battery life and performance. The users also criticized the “limited [Amazon] ecosystem”, including the lack of frequently used apps available on other platforms.

Essentially, Amazon CEO Bezos made an overly expensive machine packed with his own dream features that were appealing to himself and just about nobody else. The device was predictably a huge flop and Amazon has wisely decided not to make a sequel to this device.

No. 3: The Microsoft Kin One

Kin One was a short-lived mobile phone line from Microsoft designed for users of social networking and messaging device. Microsoft described the phones’ target demographic as men and women between ages 15 and 30’. It even included a specially dedicated smiley-face key.

Unfortunately for Microsoft, even its own focus groups said that the phone was total waste, which should have been a glaring red flag to scrap it. The Kin One went on the market in May 2010. Within two months, Verizon stopped selling the phones because of poor sales. Microsoft scrapped its planned European release, stopped promoting the devices and ceased production.

Facebook deceived HTC into making the first Android device to be pre-loaded with Facebook’s own user interface layer, Facebook Home in lieu of HTC’s own Sense. It was hated by Android fans and didn’t even seem to win over many hardcore Facebook users who preferred to keep some distance between themselves and the omnipresent social network.

The HTC First was panned by critics for its poor camera and lack of removable storage, and was also affected by the similarly underwhelming reception faced by the Facebook Home software. The HTC First was also sold as an AT&T exclusive. Since its launch, AT&T had only sold 15,000 units worldwide of the device in its first month, which led AT&T discontinue its sales of it almost immediately.

The HTC ChaCha is a Facebook-centric Android smartphone that was announced by HTC in February 2011 at the Mobile World Congress that had its very own Facebook button. 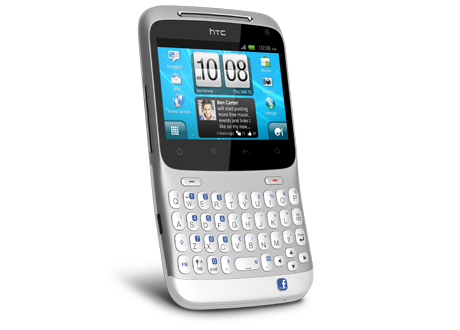 The phone promptly flopped, as it had a butt-ugly design that made it look like the device had been put through one of Unbox Therapy’s patented bend tests except it was all intentional. The drubbing of the phone would have shown both HTC and Facebook that there was no market for a Facebook phone.