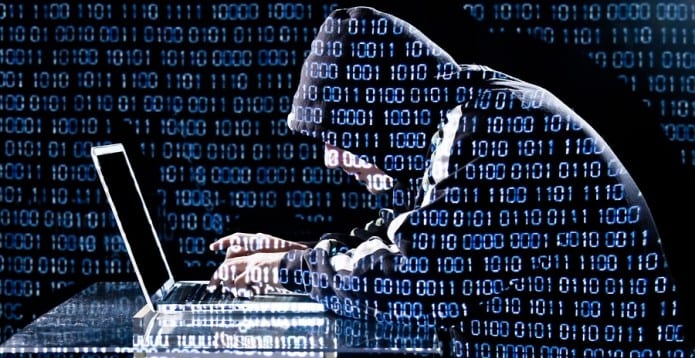 A Syrian-based Bangladeshi alleged militant of the Islamic State of Iraq and the Levant (ISIL) was killed in an American drone strike in Syria, reports the Washington Post. He was one of 10 IS leaders killed in air strikes.

Siful Haque Sujan, 31, was a British-educated computer expert who spent more than a decade studying and working in the UK before becoming a top cyber expert for the ISIL. His name came alongside a number of IS militants including the alleged mastermind of Paris attacks, who were killed in US airstrikes in December.

He was a leading figure in the militants’ hacking campaign who supported anti-surveillance technology and weapons development for the jihadist group.

Pentagon spokesman Army Colonel Steve Warren said: “Now that he’s dead, ISIL has lost a key link between networks. My point is this: We will continue to hunt ISIL leaders who are working to recruit, plan and inspire attacks against the United States of America and our allies.”

Members of the Cardiff Bangladeshi community said they were shocked and surprised and had no indication he had been radicalised.

In Syria, Sujan, who took on the name Abu Khalid al-Bengali, was taken under the wing of British jihadi hacker Junaid Hussain, who led ISIS’ hacking operation.

The fanatic became a senior figure for ISIS – also known as Daesh – after replacing Hussain, who was killed by an air strike in August.

According to the Pentagon, the Bangladeshi businessman who lived near Cardiff before joining ISIS – was killed as part of a campaign to wipe out the brutal militants.

The news of his death near the ISIL stronghold of Raqqa on December 10 came less than 18 months after he left his home near Cardiff, where he had studied and gone on to be a well-respected director of a computer firm.

Sujan entered the UK in 2003 and went on to study computer system -engineering at the University of Glamorgan. He later set up a Newport-based computer firm about 20 miles away with his brother that provided online ordering systems. He also held at least two patents for devising computers systems and was regarded as a pillar of the local Bangladeshi business community, and was even photographed at a business function with former Secretary of State for Wales Cheryl Gillan.

He is believed to have left the UK in July 2014 and left for Syria, after he was denied a special visa to remain in the UK despite an immigration tribunal being told he was ‘an individual of considerable ability’.

South Wales Police Det Supt Lee Porter said: “We are unable to confirm or deny the accuracy of these reports at this time but are currently working with our partners to ascertain what has happened.

“While we understand Mr Sujan had lived and worked in south Wales, he had left the UK in 2014 thus was not a resident of Wales at the time of his reported death.”

His friends in Cardiff expressed shock at the news of his death and said he never showed any extremist tendencies while living in the UK. “He was a fun, happy-go-lucky guy as far as I knew him,” said one former business associate.

Another associate, who had known him for more than 10 years, said he was shocked.

“He was an entrepreneur and he -became a friend,” he said. “He helped -everyone create websites for their businesses. He was always coming up with ideas. He was very intelligent and persistent, but was just a normal run-of-the-mill chap.”

“He loved helping people and was friends with everybody and it didn’t matter about their religion or culture.”

Another colleague described him as “thoughtful, punctual, dutiful and hard-working”, while another considered him “gentle and down to earth”.

Friends said he became increasingly religious after the death of his sister-in-law and he adopted his nephew to bring him to live in the UK.

Sujan left Britain in July 2014 after telling friends that he and his wife are returning to Bangladesh for family reasons. At least one of Sujan’s former colleagues has been questioned by counter-terrorism police since his death.

The current tenant residing at Sujan’s property said, “Before he left he began growing a long black beard. He was very religious because I’d seen him praying in the house a couple of times.

“I haven’t spoken to him since he said he was leaving to take his family back home, but I’ve been told by the estate agents I have to leave in three months because someone else who also owned the house is selling it.”

A spokesman for the University of Glamorgan said: “In common with the UK’s other major international universities, we take -seriously the shared effort to counter radicalisation, and in this we work closely and appropriately with our local faith communities and the relevant agencies.”

Mouadan, who was killed by an airstrike last Thursday in Syria, was planning additional attacks against the West, according to Col. Steve Warren.

‘We’re striking at the head of this snake,’ Warren said. ‘We haven’t severed the head of the snake yet, and it’s still got fangs. We have to be clear about that. There’s much more fighting to do.’