Referred internally by the Federal investigators as the “Hacker” (even though he was never accused of hacking-related crimes), Daniel Rigmaiden, a 27-year-old thief who was arrested by the federal agents in March 2008 and finally ended up in police custody, decided to find out how did the feds found his location. For those who do not know, Rigmaiden had made a half-million dollars by filing fraudulent tax returns by using the identities of dead people before getting arrested.

To his surprise, he found out that police secretly used controversial cell phone spyware called “StingRays”, or “cell site simulators” to track his (and many others) location and not just those accused of terror-related crimes.

The briefcase-sized device basically mimics a cell tower, letting authorities to track down a suspect by intercepting their cell phone and collecting phone numbers of those they communicate with. They can be placed on squad cars, into backpacks or even mounted on a fixed structure like a control tower. In some cases, the actual content of calls can also be collected. What’s most concerning, activists say, is potential dragnet surveillance of areas where the device is being used, because Stingrays also eat up information from phones in the target’s vicinity. Its existence—and what it’s being used for—is so secret that even judges have objected to its use without court authorization.

Rigmaiden’s discovery now is also the subject of a 10-part series television documentary, “Truth and Power,” airing Fridays at 10 p.m. ET/PT on Pivot. ‘Truth and Power’ is executive produced by award-winning filmmaker Brian Knappenberger (The Internet’s Own Boy: The Story of Aaron Swartz) and narrated by Oscar-nominated actress Maggie Gyllenhaal.

This series will highlight stories of ordinary people going to extraordinary lengths to expose large-scale injustice: from corporations getting profitable government contracts for dangerous private prisons, to governments using data-gathering technology to scoop up huge amounts of information about their citizens. The series unpacks the timely issues of security, surveillance, and profiteering in the digital age, using probing interviews, original footage, and newly unearthed documents.

Prompted by Rigmaiden’s discovery, American Civil Liberties Union (ACLU) is hoping to find out how many police agencies have such stingray devices placed in America. In 2014, the ACLU launched a nationwide search for police departments that own StingRays. So far, the ACLU has identified the device in 59 agencies across 23 states and the District of Columbia, including New York State Police have been using these devices to snoop on citizens. That number could be much higher, as the researchers say they are limited by the fact that “many agencies continue to shroud their purchase and use of StingRays in secrecy.”

However, all their efforts started because of Rigmaiden, a convicted felon serving time in an Arizona prison.

“Daniel clearly was a criminal. Nobody disputes that. … But when he makes this discovery, he meets this broader community that’s fighting for [privacy] rights, and by the time he’s actually [out of jail], he’s still completely obsessed with it. And he believes the technology is wrong. And that it’s wrong for the public,” says Knappenberger.

Confounded by how the authorities were able to uncover his whereabouts, Rigmaiden sifted through hundreds of court documents of his case sitting in his jail cell, and later exposed the use of Stingray by police. His research led him to understand that the devices “spoof” nearby cell phone towers, and basically trick a cell phone into feeding data to whoever owns the StingRay. He later learned that the tool that was primarily developed by the military had increasingly found its way into the hands of local law enforcement agencies and the FBI for routine investigations.

Once he made this discovery, Rigmaiden began reaching out to well-known privacy experts, trying to persuade them to get interested in his case. Rigmaiden felt there was a serious privacy breach happening while most people he contacted figured he was a lunatic.

“You have this guy claiming that the government used a secret surveillance technology to send signals through the wall of his house to track him,” Christopher Soghoian, the principal technologist for the American Civil Liberties Union, says in the film. “This is straight-up paranoid conspiracy theory stuff.”

Even then, Soghoian decided to look into Rigmaiden’s claims, as StingRays cannot be used to target just one individual, because they often pick up lots of people’s cell phone data. As a privacy advocate, Soghoian was shocked. “There’s no way to use it like a scalpel,” he says. “It’s like a huge trawler net. This is a technology that scoops up information about mostly innocent people.”

In spite of Rigmaiden’s discovery, it was not enough to influence a judge to the fact that the police had encroached on his rights. In 2014, after 68 months in custody, Rigmaiden pleaded guilty and was released on time served. He became a passionate privacy advocate after his release. In 2015, he assisted the ACLU in making a “tutorial” on how defense lawyers can contest StingRay use. He even assisted Washington state legislators craft a privacy bill related to StingRay use, which was signed into law on May 11.

In the end, Knappenberger says the film is about an unlikely hero for privacy rights — a ‘hacker’-criminal-turned-whistleblower.

“The guy is on a mission,” says Knappenberger. “He’s on a crusade to end this technology. And the direct benefit to him has long since passed. He’s clearly emerged from this kind of bad situation as a whistleblower — someone who is taking on the system for the best of reasons.”

Knappenberger added, “When you think about these incredibly invasive surveillance tools getting in the hands of local cops who may not even know how to use them, or may not understand the broader constitutional protections, it’s really something to be concerned about.”

The first episode of the 10-part series premiered on January 22. The series will air each Friday until its finale on March 25. 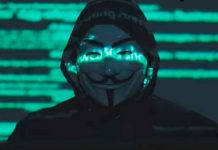