People have been building their own PCs for ages. Some build them for work others build them as a hobby but most gamers build their own PCs because there is no PC in the market that could give them best power, resources and hi-res videos to accompany the resource hungry games. One such gamer is Mike Schropp. He has build a custom gaming rig which has top-specs available in the market.

What’s more, he has themed his gaming rig on Lego. The end result is that Schropp’s Lego Gaming Computer is a top-spec, completely-built-from-scratch X-shaped gaming rig that’s made entirely out of Lego bricks.

To make his custom PC,  had to make some ingenious customisations like a custom-made GPU heatsink and a transverse-mounted motherboard that separated the GPU’s airflow path from the other components.

The outer case itself is a beauty made entirely out of Lego and standing tall at about 50 centimetres tall (19 inches). Schropp has stated that he has not used any kind of glue in its construction, instead he says, “the build incorporates many advanced building techniques that greatly increase the strength of the system. Overlapping plates and bricks are used throughout the design, along with supports and beams to add stiffness. This results in a very strong system that can be easily be moved around, handled, picked up, and put down without any worry of causing damage.”

Another gamepoint to Schropp is that he has made each and every component of Lego Gaming PC easily swappable. While it isn’t clear from the photos, the case consists of two parts: the main chassis, which houses all of the computery bits, and then a cover that slips over the top. There are no screws holding the outer cover on.

Schropp has made many changes in the way his gaming PC looks or is designed. In a normal desktop PC case, the CPU heatsink hangs free; in the Lego gaming computer, the heatsink and fan are fully supported by Lego bricks. Similarly, the graphics card is fully supported by Lego so that it doesnt shake or wobble. Schropp has also made a separate inlet for the power supply which has a exhaust separate from the main airflow system. This could cool the PC quickly even while playing the most severest of resource hungry games. To aid with cooling, Schropp has included six main Noctua system fans: three at the bottom of the case that pull air in, and three at the top for exhaust. Schropp has also included cooling fans for GPU and the CPU. 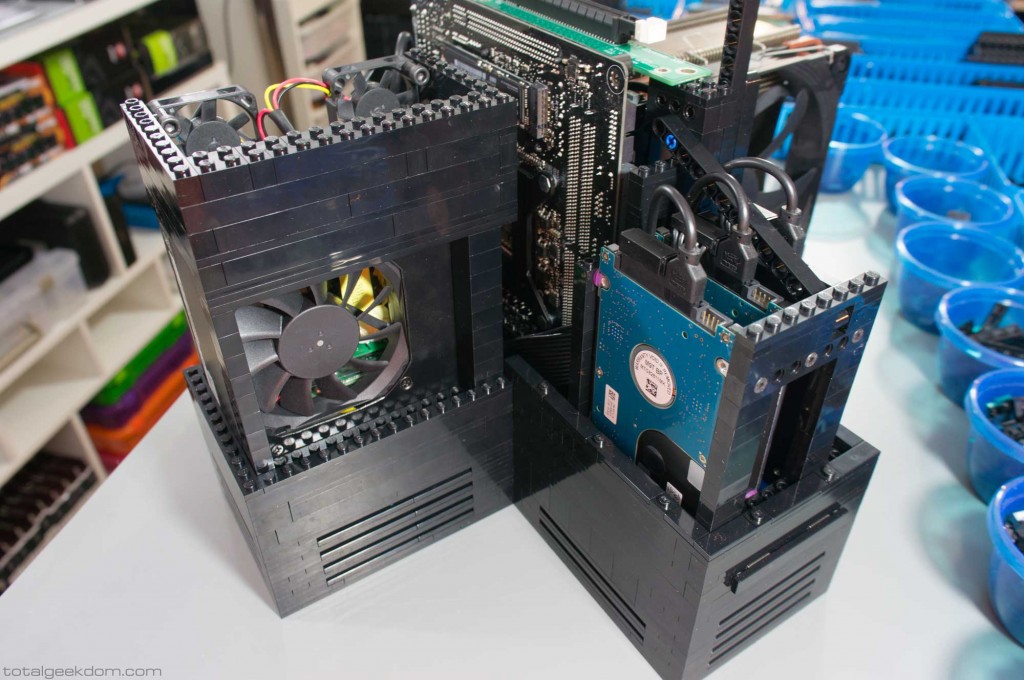 Schropp has also customised the Silverstone SFX 600W Gold unit by swapping in some fancy Chemi-con Japanese caps. For memory purpose he wanted a RAM which could provide high quality memory and used HyperX DDR4. The primary drive of Lego Gaming PC is a Samsung 950 Pro M.2 PCIe drive, which offers incredible speeds of up to 2,500 Mbps read and 1,500 Mbps write as well as amazing IOPS numbers. This is the drive that the OS, applications and games will primarily reside on. For secondary storage options, the system is capable of housing four additional SATA based, 2.5? drives, which can be a mix of HDD and SSD. This allows for onboard local storage of up to 8TB 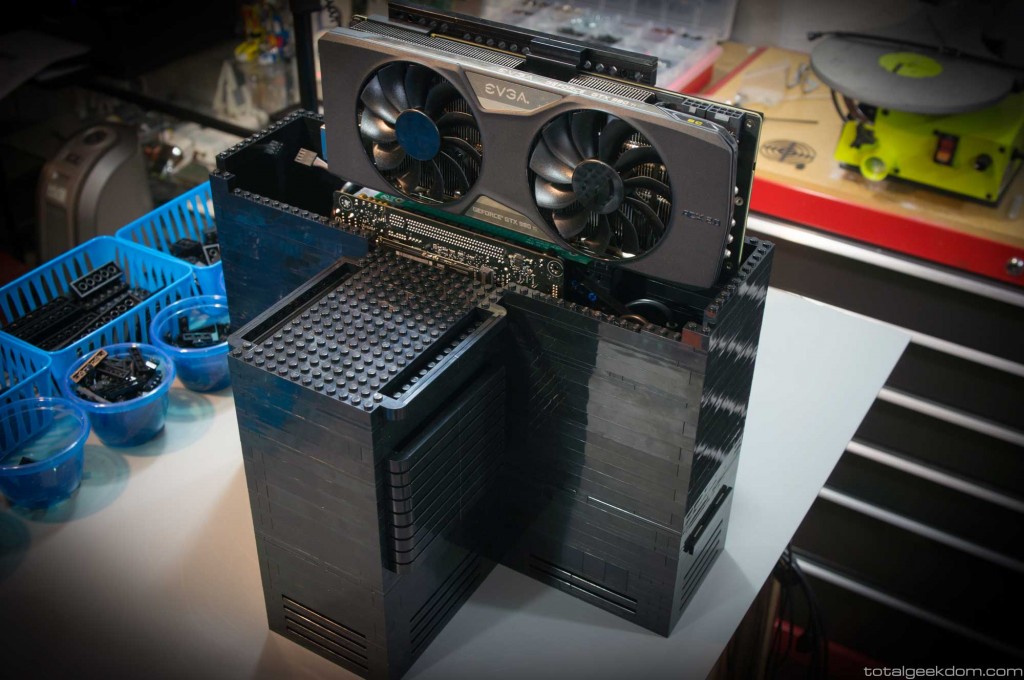 System Summary (for this build – other configurations available)

In terms of connectivity, the system offers a wide array of options.

All in all, Schropp’s Lego Gaming Computer is one of the most awesome custom build gaming PCs seen in a long time. It didnt come cheap for Schropp and it would come cheap for you. The basic Lego Gaming PC can cost $1,600 for a Core i5/GTX 950 and touch the roof from there. If you are interested in building your own custom gaming rig, you can follow Schropp’s really long blogpost here.