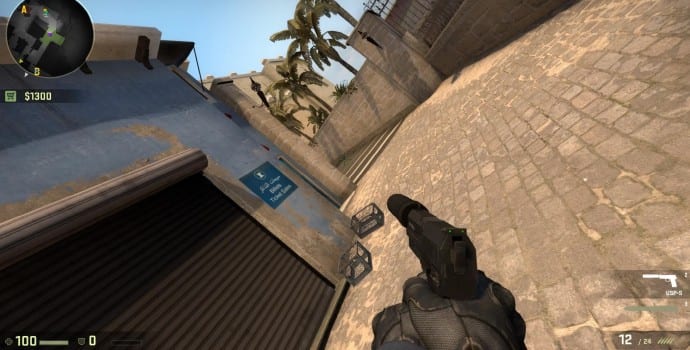 Where as lazy and cheating gamers have always been using hacks to get infinite life or ammo since the time First Person Shooters were introduced, never have they been tricked into downloading a hack and getting banned.

Counter-Strike: Global Offensive player AndroidL did this and tricked over 3000 cheaters into getting banned by releasing ingenious fake hacks. AndroidL created free to download hacks that advertised a variety of services, including an aimbot, bunnyhop and wallhacks for use in Valve’s hugely popular competitive first-person shooter.

As soon as the cheaters got the opportunity, they started downloading AndroidL’s hacks. But unknown to the cheaters, AndroidL slipped in features that would ensure a sure shot Valve Anti-Cheat (VAC) ban. The hacks edit the player’s view angles to those that should be impossible. Here’s one example:

The cheaters didnt doubt AndroidL’s hack as it constantly give the player infinite ammo and health.

“The infinite health/ammo was just another way to ensure the user gets banned,” AndroidL explained in a post on the Counter-Strike: Global Offensive subReddit.

“Things like health/ammo are all server side, so editing them client side won’t actually do anything, but it will let Valve Anti-Cheat know you’re trying to change them and they will ban you for this.”

AndroidL released three hacks in space of two weeks. The third hack immediately triggered the VAC ban as soon as the downloaders opened the hack and joined the game. The hack got approximately 3000 cheaters banned.

Some of the cheaters gracefully accepted that they had been fooled.