Italian automaker Pininfarina unveiled a beautifully sleek hydrogen-powered car at the Geneva Motor Show, and it’s the fastest of its kind to-date.

Cars that run on hydrogen are becoming more popular by automakers. While Pininfarina certainly is not the first automaker to explore the creation of hydrogen cars – Toyota, Audi, and Honda are known brands that are investing into the technology as well. Similarly, less mainstream automakers are interested in the technology as well, like Welsh firm Riversimple. However, Pininfarina is the first one to create a hydrogen-powered vehicle that is this fast. The car, called the H2 Speed, makes it the first high performance hydrogen car that can reach up to 299 km/h (over 180 mph top speed) and acceleration from 0 to 100 km/h (62 miles per hour) in just 3.4 seconds with emissions consisting of just steam, as with all fuel cell-powered vehicles. 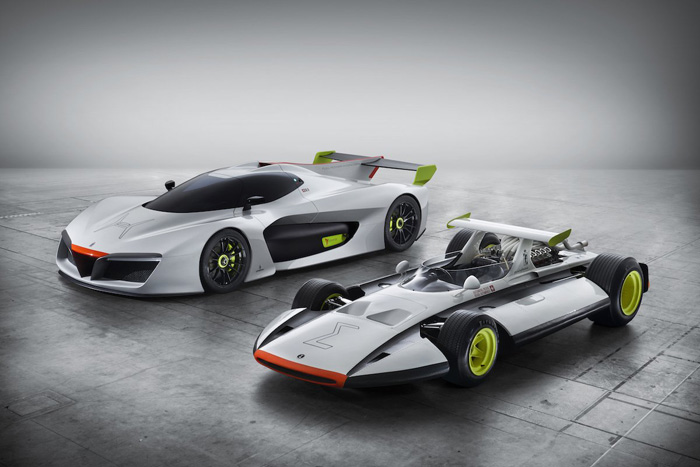 The car comes with two electric motors and a hydrogen fuel cell. It is equipped with the ability to regenerate energy from braking. And it just refuels in three minutes!

The H2 speed is still in its concept stages and has undergone track testing by GreenGT, a Franco-Swiss company that makes clean propulsion systems.

If the car sounds too good to be true, maybe it is. The company hasn’t released the car’s range, which is an important make-or-break factor for hydrogen cars. word yet on whether we can expect to see the car on the market or if it will stay in concept mode.

It’s definitely a car that combines form and function in one framework, but the company has yet to release the car’s range, which could be the ‘make or break’ factor for this particular model. Also, there is no word yet on whether we can expect to see the car on the market or if it will stay in concept mode.

Costs, of course, are always a factor, and it doesn’t make sense to widely produce a super-expensive car that most won’t be able to afford. However, as time passes, the cost of manufacturing such devices goes down, which will in turn increase the chances to see such cars available for commercial scales.