If you go Apple’s service center to upgrade your SSD, chances are that they will charge you a hefty amount to upgrade your MacBook. However, this upgrade does not have to be a costly burden, not when you have OWC Aura SSD by your side, which will not only give your entire machine a nice little speed boost, it will cost far less in doing so. On the company’s website, only MacBooks which were released during mid-2013 or later will be compatible. 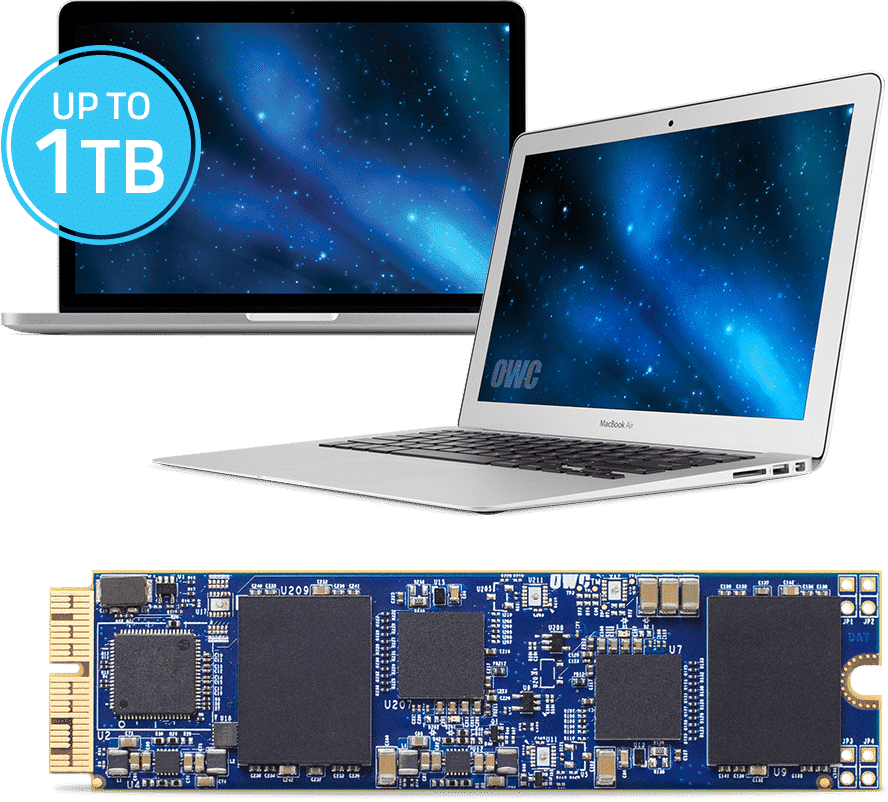 Given below is a list of compatible Mac computers with the following model IDs:

The OWC Aura PCIe SSD utilizes the AHCI protocol, meaning that the latest generation of Retina MacBooks will be incompatible with them, since they only support NVMe based SSDs. Additionally, in order to keep the costs low, the Aura SSD does not use a native PCIe SSD controller but a Marvell 9230 SATA RAID controller and a pair of Silicon Motion SM2256 SATA SSD controllers. It also has a PCIe 2.0 x2 interface, so at the end of the day, these drives will easily surpass SSDs that use the SATA III interface, they will come short in taking over Samsung’s PCIe based SSDs.

Keep in mind that you will need Mac OS X v10.8 or later, or Windows 7 or a later OS and additional details regarding speed have been listed below: 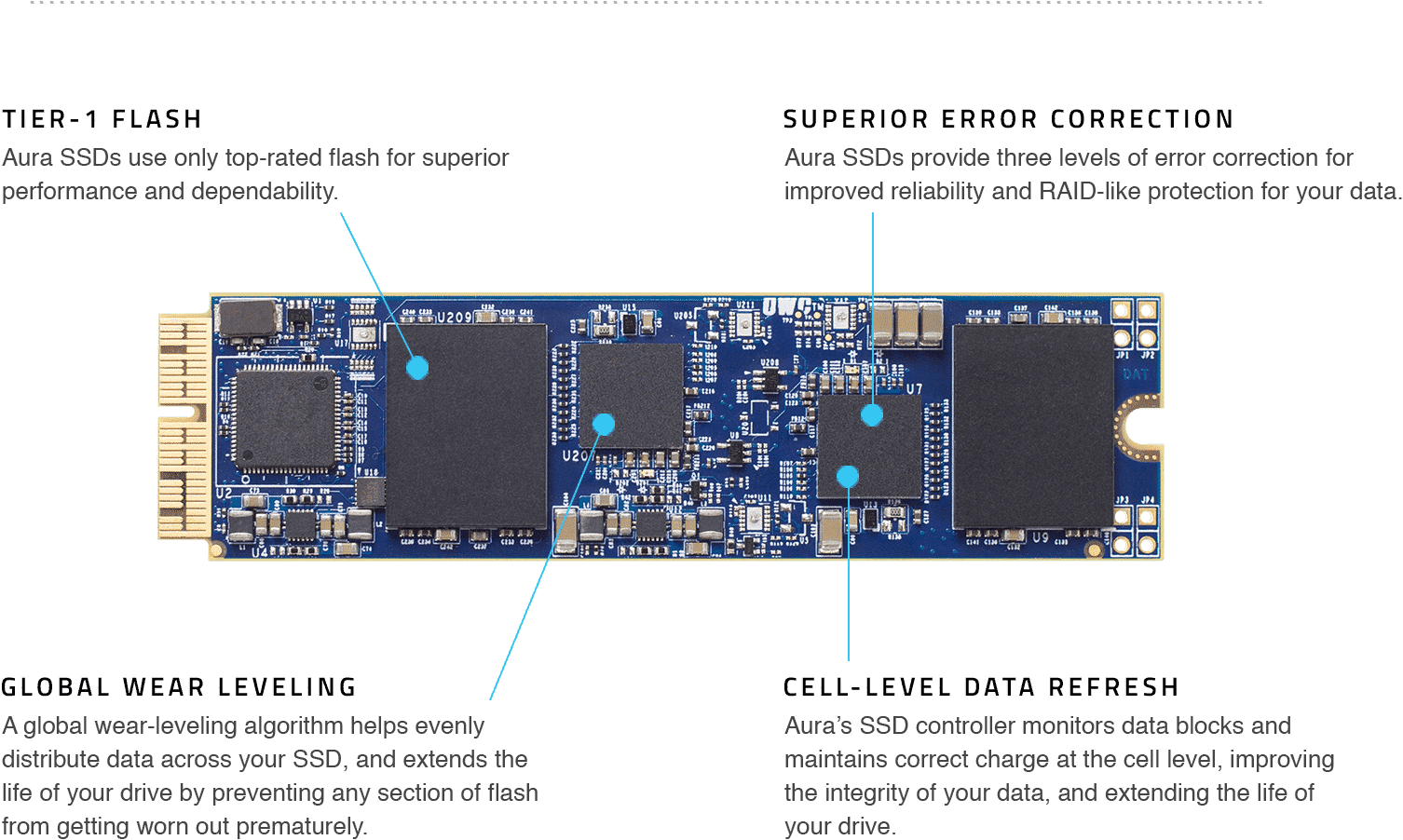 Coming to the most important variable of all, the pricing; OWC Aura PCIe SSDs upgrades are much cheaper, as you will see in the details below:

There is a whole list of partners to purchase from, so head on down to the ‘Where to Buy’ page if you are really interested in purchasing a cheaper, but faster SSD upgrade for your MacBook.