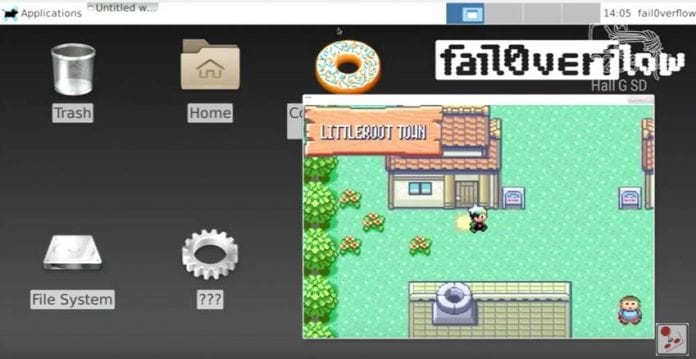 This hack can boot Linux on PlayStation 4

This is not the first time that fail0verflow announced it had successfully hacked Sony’s PlayStation 4 to run Linux, and even showcased to the public that the team was running Pokémon. After months of testing, the team has said that the console is successfully able to run Linux, but what does this mean for the future gaming titles. Does this mean that Sony’s PlayStation 4 will be open to run pirated copies of future games? The hacking group has not stated this, but has shown us on how we too can run Linux on our consoles.

It's worth noting that with the released kexec loader and kernel (and an exploit) you should be able to replicate our 32c3 demo.

The last time fail0verflow showed that it could run Linux was back when it showed to the world its 32c3 demo.

“It’s worth noting that with the released kexec loader and kernel (and an exploit) you should be able to replicate our 32c3 demo.”

The 32c3 demo that they are referring to here is the demo that was shown at the 32nd Chaos Communication Congress event. The event became the epicenter for the team because the gaming console was running Gentoo with Linux kernel 4.4, systemd 228, using the Xfce desktop environment.

If you want to run Linux on your PlayStation 4, then you will have to keep in mind that you need to have adequate knowledge regarding kernels. If you do not have even a sliver of information concerning kernels, then we recommend that you do not proceed to booting your PS4 to run Linux. For those who do have experience in compiling kernels, you need to make sure that you have the firmware version 1.76 and the ps4-kexec loader, along with the ps4-linux kernel.

Additionally, you will need the leaked PS4 BadIRET kernel exploit. You also have to keep in mind that just because Sony has not said anything regarding warranty does not mean that you should attempt this and still expect to be covered under warranty, because trust us, this will void your warranty.

With this latest advancement, we believe that it will open up a lot of doors for not only running Linux based gaming titles, but pirated copies of future titles as well, but we are dead sure that Sony will come with a reply as soon as possible.