NVIDIA and AMD GPUs have never been best of friends, but a startup called Stardock is about to revolutionize the video-card market for PCs and change all that. There are two ways how it will benefit PC gamers; it will make it more affordable and allow virtual reality content to be within reach of millions of consumers.

GamesBeat conducted an exclusive interview with CEO Brad Wardell, who laid out the PC utility and gaming company’s initiative for the idea. It’s a software solution that is part of DirectX 12, and it enables you to use AMD and NVIDIA video cards in a single PC. What this means is that you will not require to configure two NVIDIA and AMD GPUs together in an SLI or CrossFire X configuration; you will be able to mix and match cards however you see fit.

It currently does not have a name, but the CEO of Stardock has stated that the company is going to be coming up with one in a short period of time. Previously, in order to increase visual performance in demanding titles, gamers would either spend chunks of money on a very expensive single GPU solution, purchase a dual GPU solution (like the AMD Radeon R9 295 X2), or adopt an SLI or CrossFire X solution, all of which will end up being a very costly investment.

However, thanks to Stardock, things do not have to appear grim at all, because all you will need are cheaper GPUs and by scaling their performance, you can add more frames in demanding video games. As a result, future VR titles, which are definitely going to require powerful hardware to run, can be experienced using the same approach. 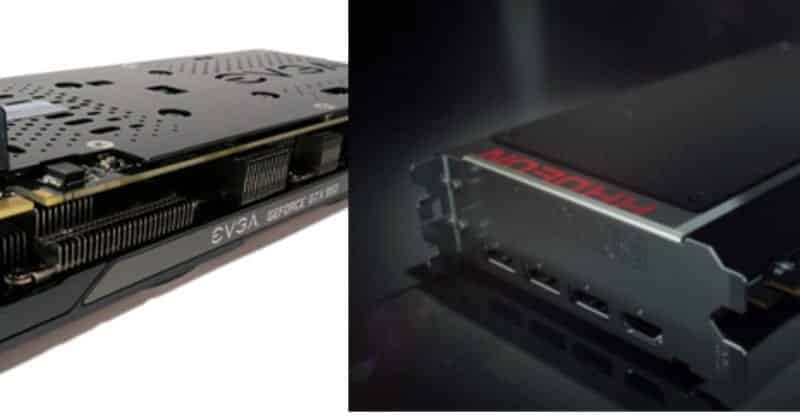 The CEO stated the following in his interview:

“One of the biggest problems with games is that a new video card comes out from AMD and NVIDIA, and they’re like [expensive], and you have to make a call. I like my video card. I can play most games on it, and I don’t want to spend $800 on some new video card. But imagine, instead, hey, they’re having a sale [using my GTX 760 as an example]. Hey, they’re having a sale on an AMD 290 for $75. Wouldn’t it be cool to put this into your computer and double your performance. You keep this in there [the 760]. You put this in there [the 290], and your games are twice as fast without doing anything else. NVIDIA likes this so much. They’re on the PC, and this gives the PC a huge advantage for PC gaming.”

The Chief Executive has stated that he is in talks with NVIDIA and AMD and while they do not like the idea of mixing cards in a single PC, they do like the fact that this will encourage gamers to purchase more gaming cards.

So it will not be a long when you literally do not have to save up exorbitant amounts of money to experience high-level gaming; not when Stardock has your back.