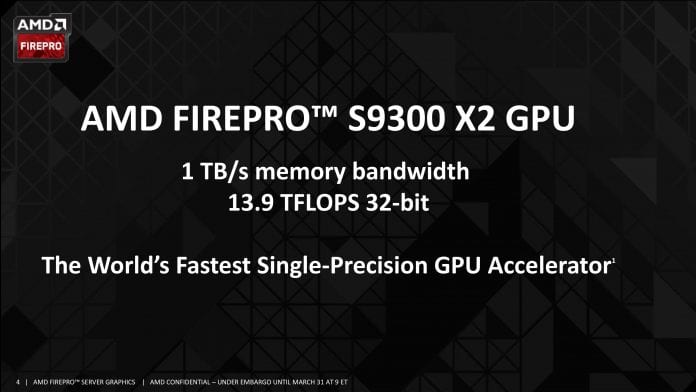 With the competition heating up in the high performance computing department, AMD Fire Pro S9300 X2 is going to be weapon of choice for many companies out there thanks to its computing performance and price tag. The latest workstation GPU has two Fiji cores that have been manufactured on the 28nm process, with a total of 8.9 million transistors 4096 stream processors per GPU, resulting in a grand total of 8192 stream processors on the AMD FirePro S9300 X2. 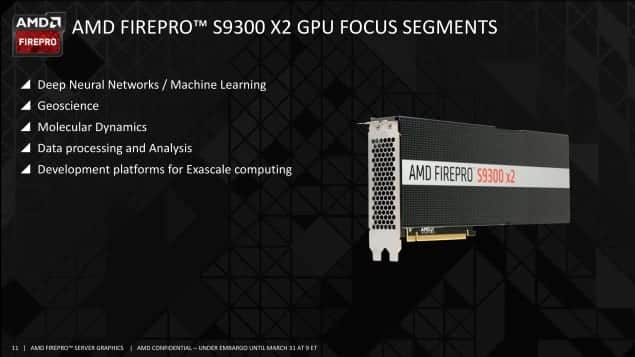 The clock speed of the graphics processor is set at 850MHz, and this will equal to a whopping 13.9TFLOPs of single precision compute performance. The workstation graphics adapter will be responsible for delivering the heat to NVIDIA and its Tesla M60, which has also been released for the high computing market. 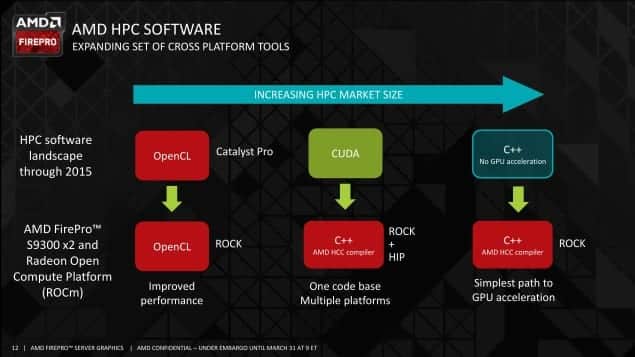 FirePro S9300 X2 has a total of 4GB of HBM VRAM present on each chip and the clock speed of this high bandwidth memory is set at 1Gbps, which results in a total of 1TB/s of memory bandwidth. You will need some serious firepower to deliver current to the GPU, because it has a TDP rating at 300W. For those who are wanting to get their hands on the latest workstation GPU will have to hold their horses because it will be available during the second quarter of this year and will carry a very large price tag of $5999 USD.

Alongside FirePro S9300 X2, we will also be seeing the Radeon Pro Duo, which will also launch during the same quarter, carrying a retail price of $1499 and will be catered solely towards PC enthusiasts, solely to squeeze every frame in the latest video game titles being played on the 4K resolution.


NVIDIA is expected to unveil its Pascal architecture GPUs later this year, so we should expect an answer in kind in the form of a GPU workstation very soon.