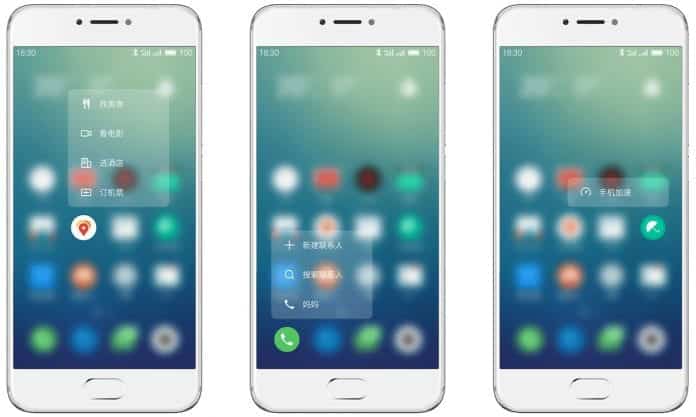 Meizu Pro 6 features a 5.2-inch AMOLED display and has a ton of great and powerful hardware present inside. However, like so many Chinese manufacturers out there, Pro 6 has taken one feature from Apple’s iPhone 6s and 6s Plus and that happens to be the pressure sensitive display. If you take a look at the video below, you will be able to see how the display works exactly the same way as it does on Apple’s iPhones.

Meizu Pro 6 is possibly the first and last phone to feature MediaTek Helio X25 and to be honest, there is not much difference between a Helio X25 and a Helio X20, which is better known as MT6797. If you take a look below, you will see that the number of processing cores, type of cores and their speed are in line with what is present inside Helio X20.

There is also 4GB of RAM, a USB-C charging port, and the phone comes in the 32, or 64GB capacity models. In other words, the device does not have a microSD card slot, which is a terrible shame, since we all know how crucial that addition becomes. We believe that due to stuffing in so many components, including the pressure sensitive display, Meizu Pro 6 did not possess sufficient room for a large battery capacity, and in case you’re wondering, the smartphone only has a 2,560mAh battery.

While the Cortex-A72 will provide some level of efficiency, do not expect to get a large amount of screen on time. The rear camera is 21.16MP shooter with an f/2.2 aperture and at the front, the phone has a 5MP camera with an f/2.0 aperture. There is also a smart sound amplifier, so it appears that you will have a jolly of a good time when listening to multimedia without the use of earphones or headphones.