If you have ever used torrents, you must be familiar with YIFY/YTS. YIFY pronounced as Yippe with ff instead of pp, was a premier uploader of quality torrents till last year when movie industry moved in to close his service as well as his website.

Yify was one of the top uploaders of movies on most torrent websites till last year, but the group died an unnatural death after its founder was threatened with a multi-million dollar lawsuit. YIFY in an AMA on Reddit/interview with TorrentFreak spoke for the first time after the shutdown about  how it all started, fans, haters, movie piracy and his accomplishments.

The start of YIFY

YIFY Torrents told TF that he started uploading torrents for the first time while he was in his late teens, when he was still in school. It started very small, as a hobby, and at the time he couldn’t imagine that it would quickly grow out of proportion.

“Back in early 2010 I was at university doing the first year of my four year computer science degree,” YIFY says.

“It wasn’t really a big deal at the time, just regular uploads on TPB, Demonoid, ET, and 1337x. My friends always knew what I was doing and who I was. At the time it was nothing worth bragging about.”

However, a year later the YIFY tag started to become noticed. New movie releases came out at a regular frequency and were downloaded by hundreds of thousands of people.

“A year in is when friends started to see it as something more, and YIFY started becoming a well-known name on the internet. At no point in time did I try to hide this, if anything I was proud and happy to even brag about it,” he says.

YIFY says that he often bragged about his uploading capabilities. He says on Reddit AMA.

“I didnt really go out of my way to keep the YIFY thing a secret in my real life. I loved bragging about it.

All my friends knew, all my family knew. It wasnt really ever a big deal.

When ever I told this to a new friend or a new colleague, I used to love seeing their initial jaw opening reaction. Might make me sound like a bit of a show off, but it was a cool feeling” 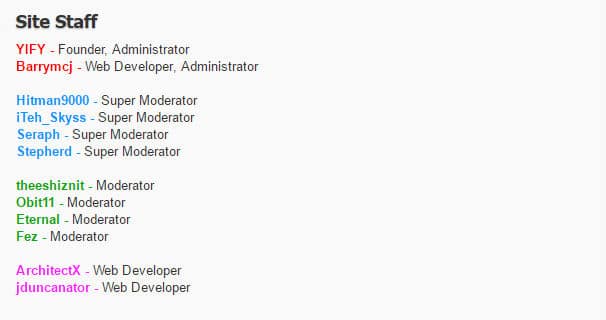 Over the years many people came and went but YIFY always remained in charge.

“There was always only a single person ‘leading’ the project and who ultimately called the shots. After all, it was my baby,” he tells us.

YIFY was known for his uploads which were smaller in size but lacked video and audio quality. Some people praised YIFY for its video quality and others hated the group for it. Another often heard complaint is that YIFY was “stealing” from the Scene.

Looking back, YIFY doesn’t necessarily disagree with the critique. The quality wasn’t all that good and the group never denied that it used Scene movies for its own releases. YIFY admits that he downloaded movies from groups such as SPARKS, AMIABLE, GECKOS, and used these for his own work.

“Technically we were ‘stealing’ from the Scene. I respect what they did and would thank them a bunch in person if I could. However, we never followed any Scene rules and we did not really care to be part of their elitist club either,” he says.

“Ultimately, the way I saw it, the YIFY brand was simply filling another niche. It was no secret that most of our sources were from normal Scene uploaders,” YIFY adds.

YIFY did collaborate with the P2P group PublicHD in the past, and on some occasions they had their own sources, releasing content before the Scene got their hands on it.

“There were occasions, back when PublicHD were active, that we would partner up. PublicHD were not Scene either, but there were multiple occasions that they were able to get disks even sooner than the Scene would, and would upload them to public torrent sites,” YIFY says.

“When this was a thing, I was able to get access to the rips, and the PublicHD guys always waited for me to finish encoding and uploading before they fully seeded their large high quality version. When PublicHD went away so did my source.”

The End of YIFY

YIFY’s end was as sudden as the beginning. Torrent lovers were left searching for new YIFY/YTS releases when it disappeared last October. Similarly the YTS website also disappeared without warning or explanation.

It took a few days before the actual reasons for shutting down of uploads and the website was known. MPAA and the Hollywood movie industry had been able to zero down on YIFY in New Zealand and blackmailed him into shutting down the website as well as the torrent uploads in return for not pursuing him further. It is not known whether any money exchanged hands but YIFY signed a private settlement with the movie studios, effectively ending the case.

YIFY doesnt want to disclose what transpired then. “I always in my mind and to my peers said ‘As soon as someone properly asks you to stop, you stop and walk away from it’. This is essentially how it all played out.”

The day YIFY shut down, a dozen sites sprang up sporting the world famous YIFY/YTS logo and name. Several sites mimicked the look of the defunct YTS site and started to release movies of their own. This includes YTS.ag, a site that remains popular today.

YIFY says he is not pleased to see these impostors emerge, and initially thought he might have been hacked.

“My initial thoughts was ‘Oh shit, how did they even get this?! was I hacked??’ I was very impressed initially. After a while, and realizing they simply cloned this from the internet-archive Wayback Machine, that magic feeling went away,” he says. 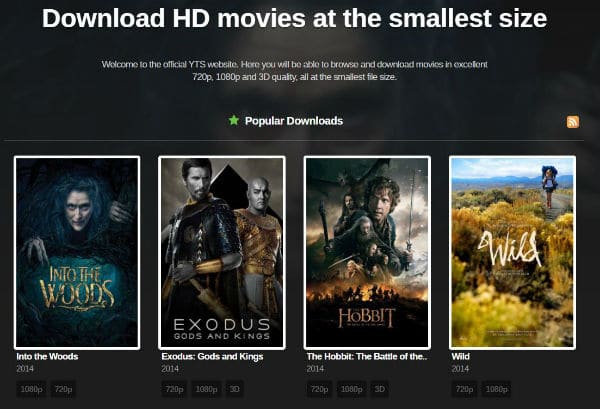 The initial fear later turned into anger, but there was of course little he could do. Still, speaking on the issue today he would advise people to stay away from any of these sites.

“When the fakes started to claim they were the real YIFY rather than saying they were there and wanted to continue as a different entity, I was a little angry. But at the end of the day it was inevitable, and in their defense they did a really good job of what they attempted at, even fooling me at the start.”

“That said, if someone comes up to me and asks about the fakes I tell them to stay away,” YIFY adds.

About Piracy and Hollywood industry

YIFY disagrees with the movie industry that piracy kills movies or music. He feels that torrents actually increase the visibility of any movie thereby directing more footfalls to the theatres.

“Piracy is not going away. Ever. I think that instead of trying the impossible, shutting down torrent sites and the like in an attempt to ‘kill’ piracy, the movie industry should focus on making their offerings irresistible to users and giving them zero excuses for piracy.”

“This will never have a 100% success rate, but its the only way to win the war.”

YIFY gives the example of Spotify which changed the way we buy and hear music.

“For the most part, torrenting is inconvenient. It’s a multiple step process and nobody wants to see those crappy Pirate Bay ads while they’re at work. So you use Spotify,” YIFY says.

YIFY says that Netflix may be an answer to piracy but piracy would be alive as long as there is free Internet.

“Now, Netflix is definitely getting there, but there are still the geoblock limitations, which make a lot of content inaccessible for a lot of people. That’s not something that most media consumers stand for nowadays, and why would they when the content is freely available elsewhere?

“I understand this is a really tricky situation, but it just needs patience. Netflix and other streaming platforms will eventually have the same victory Spotify did for the music industry, but it will take time and require the full commitment of the industry bodies and decision makers at the forefront of the debate.”

YIFY says the torrents and piracy is a grey area as far as law is concerned,

“Every country has different laws, and the internet is a very weird place when talking about whats legalities or even morality.

Technically speaking, a torrent site doesnt actually host anything illegal nor anything infringing. It simply has some cover arts and text data (same things you can find on IMDB for example) When you download a torrent you download the infringing from other users, not the websites.

With that being said, people’s next argument is usually “Lets make torrent sites illegal for aiding piracy”, but when you really think about this, it could be a massive slippery slope. If you ban a torrent site for aiding the infringement of content, on the same premise you should make google illegal too, and why stop there, you could make the the whole internet illegal since its used to aid piracy.”

Asked whether he would an stage a comeback anytime, YIFY says never!

“Haha, no way! even though I have learnt so much and could probably do it all over again, and better, I dont have the passion for this anymore.

The passion I had at the time for the website, for the users, for the uploading is a massive reason and driver that YIFY/YTS was a success.”

And that is the end of YIFY/YTS!