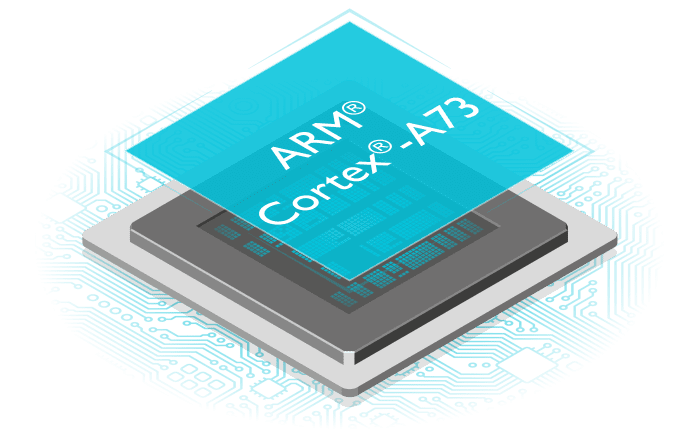 During Computex 2016, ARM officially announced Cortex-A73 and the processor is most definitely going to be present in 28nm and 10nm chipsets, providing them with more efficiency and processing power than you can imagine. Most importantly, it is overtake Cortex-A72, which has done its part well in showing how mobile performance and efficiency can improve from Cortex-A57 processing cores. 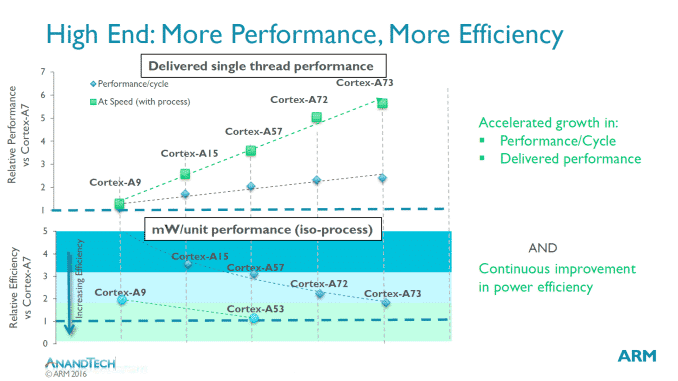 Anandtech reports that Cortex-A73 possesses the same CPU design as the Cortex-A17, only this time, ARM has decided to focus on one thing; power efficiency. Poorly designed chipsets have let to consuming a large amount of power, ranging between 5-10 watts. This is completely unacceptable, and ARM is on a mission to make sure that sustained peak performance is not lost. When a processor present inside a chipset is running at its highest frequency, the temperature rise causes the processor to throttle and prevent it from continuing to run at its highest speed to keep the thermals under the safe zone. 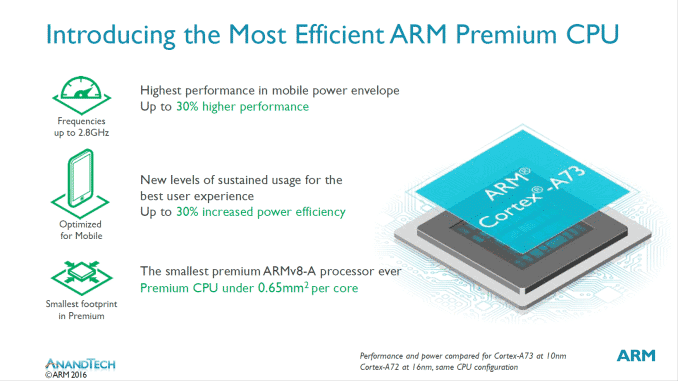 This results in terrible performance drops, which would explain why you experience performance losses while playing games. However, to overcome this obstacle, ARM claims that its Cortex-A73 uses at least 20 percent less power than the A72 while running at the same manufacturing process and processing speed. Phone manufacturers who continue to use 28nm as their go-to technology for the mass production of chipsets are probably going to use Cortex-A73, but because of this old technology, the processing speed of Cortex-A73 might not be able to increase as much as you would have hoped. 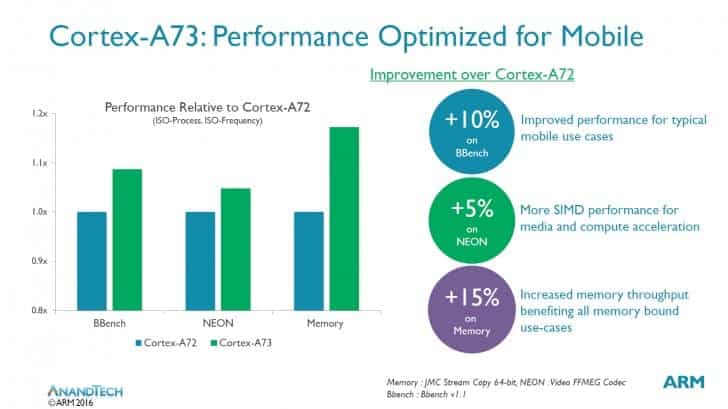 However, ARM feels that the starting from 2017, when phone manufacturers start to use 10nm SoCs, Cortex-A73’s clock speed can be raised to 3.0GHz while keeping its thermals under check, which is going to have a massive performance improvement. Cortex-A73 could also power on mobile chipsets that could one day be responsible for rendering the Daydream platform, which in case you did not know, is the VR platform from Android that will allow you to experience VR content on your Android powered smartphone.

However, to experience such form of content, you will need serious firepower, firepower that the likes of Snapdragon 820 and Exynos 8890 do not possess. However, when Cortex-A73 shows up in chipsets, all that could change immediately.