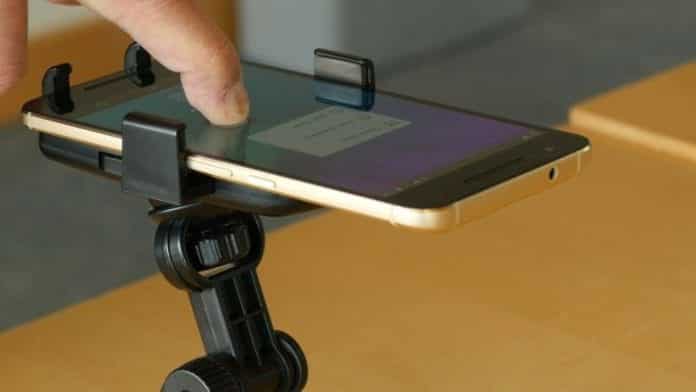 Force Touch was introduced back when Apple announced its Apple Watch and its 12-inch MacBook. After the technology was ported to the company’s iPhone 6s and iPhone 6s Plus, other manufacturers decided to bring the technology to their own handsets. Huawei Mate S and Meizu Pro 6 are examples of Android running devices that feature this particular technology, but ForcePhone has decided to do the Android smartphone community a huge favor by bringing this cool new feature to their devices.

A small group of University of Michigan engineering researchers have pulled off what with what they call ForcePhone. ForcePhone is an experimental piece of software that doesn’t need any special screen or built-in sensors to enable 3D Touch. In short, any smartphone in the world that features a microphone and speaker will be able to run this software, which pretty much means every single smartphone in the world released so far.

Here is how ForcePhone works; it sets your speaker to emit a tone at a frequency higher than 17kHz, which cannot be heard by human ears, but can easily be picked up by your handheld’s mic. This will still be able to recognize the vibration caused by the near-silent sound, and thus detect weaker and stronger presses on the screen, plus squeezing actions of the phone’s body.

This will allow a whole new world of user interaction to open, allowing you to clutch your device in a specific pattern to dial 911, for instance, or push slightly harder than usual on the screen to activate options similar to a computer mouse right-click.

While ForcePhone sounds extremely cool, it will take a very long time for the technology to be placed in smartphones.