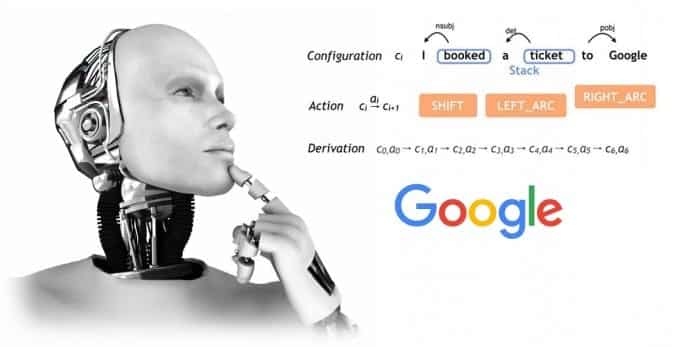 Google has open-sourced its neural network framework, SyntaxNet to include new language parsing model for English, which it calls ‘Parsey McParseface.’ This is a tool that developers can use to analyze English text. In other words, developers will be able to swindle with the underlying technology powering Google’s powerful natural language software so that apps, voice assistants and robots can better comprehend what English-speaking users want.

“One of the main problems that makes parsing so challenging is that human languages show remarkable levels of ambiguity,” Google says in a blog post. “It is not uncommon for moderate length sentences—say 20 or 30 words in length—to have hundreds, thousands, or even tens of thousands of possible syntactic structures. A natural language parser must somehow search through all of these alternatives, and find the most plausible structure given the context.”

Parsey McParseface is built on powerful machine learning algorithms that learn to analyze the linguistic structure of language, and that can explain the functional role of each word in a given sentence. Because Parsey McParseface is the most accurate such model in the world, we hope that it will be useful to developers and researchers interested in automatic extraction of information, translation, and other core applications of NLU.

According to Google, Parsey McParseface is 94 percent accurate, which uses sophisticated machine learning algorithms to analyse linguistic structure of sentences to help computers to understand how human languages are created.

The search giant said that there were no studies on how human performance compares, but “from our in-house annotation projects that linguists trained for this task agree in 96-97 percent of the cases”, suggesting the system is “approaching human performance”.

For instance, the sentence “Alice saw Bob”. The two work together to decode that Alice and Bob are nouns while “saw” is the verb.

But Parsey McParseface is also able to break down and understand an even more complex sentence like the one below.

Google said that being able to understand this allows the system to surface answers to a question such as, “What had Alice been reading about?”

While Parsey McParseface and SyntaxNet aren’t a solution, Google considers them a first step toward better AI language parsing, which is a persistent obstacle.

However, Google has bigger ambitions. “Our work is still cut out for us: we would like to develop methods that can learn world knowledge and enable equal understanding of natural language across all languages and contexts,” the company said.

If you are interested about the technical details of this release, head over to Google’s blog and see SyntaxNet on Github.