Exoskeletons have been seen widely in popular culture and what they are capable of doing; allowing the user to lift more weights than their own limits. Now, Hyundai has been said to be working on an exoskeleton that will make you feel like Iron Man, although you should not to attempt to fly around with it, since the end result might make you end up a paraplegic.

Thanks to the joint efforts of Hyundai Motor Group, Hyundai Rotem and Kia Motors, their latest exoskeleton can be used to aid factory workers in accomplishing tasks that they could not do before. Since working in a factory normally means that they have to move around heavy items all the time, donning an exoskeleton means that they will easily be able to lift several kilograms than what their body is used to and slash the amount of time it takes to complete that said task. 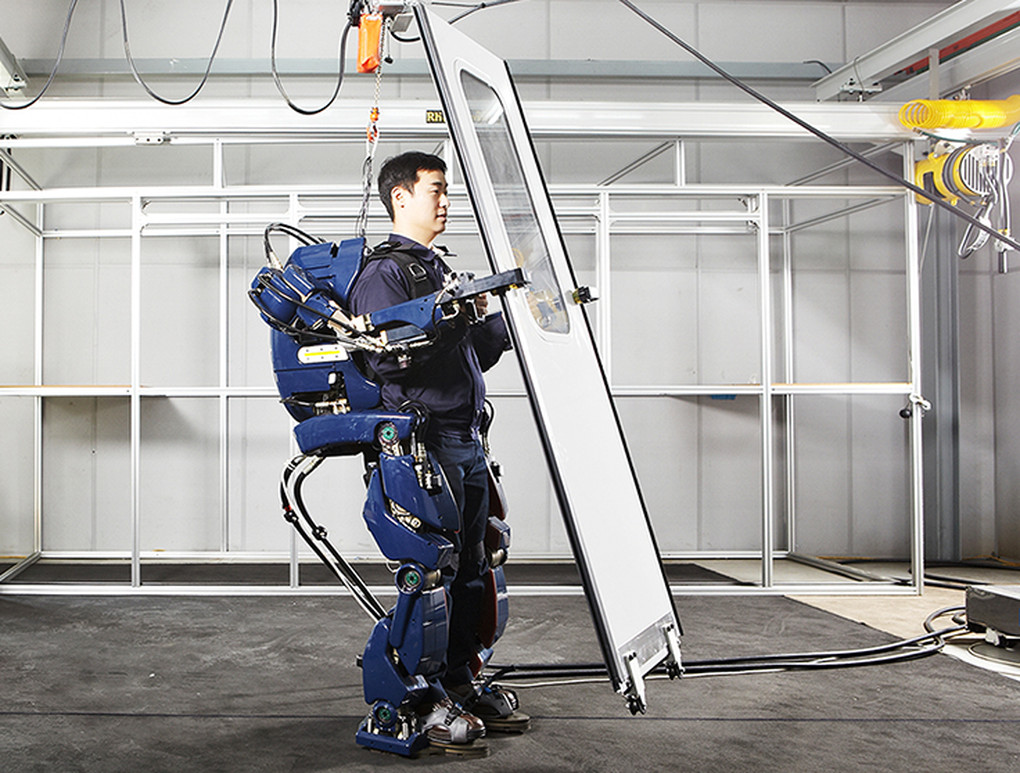 It is possible that the exoskeleton can also be used for a variety of other applications such as advanced warfare, but as you can see in the image, this exoskeleton is far too large to be used in any form of warfare and will have to be reduced down to size considerably. In addition, such machines can also be used as a prosthetic to help wearers gain the ability to walk again. Hyundai has expressed its views in the following statement:

“This wearable robot that we are developing for commercial purposes will be used in diverse areas. Such a robot development is in line with Hyundai Motor Group’s vision for free mobility of people and things.”

Hyundai not stated the exoskeleton’s price, but looking at where it can be used, it is obviously not going to come at a cheap price.