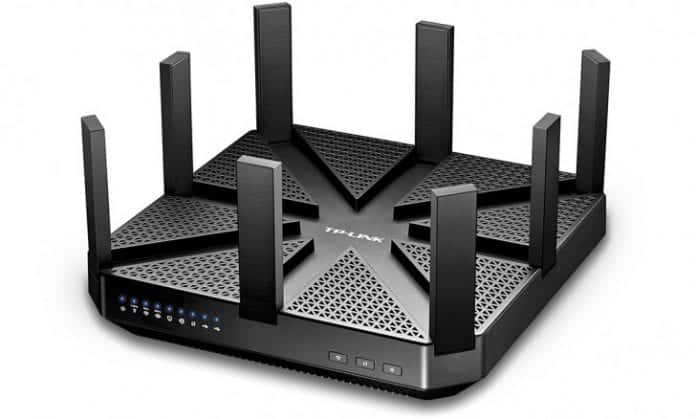 The world’s fastest router, TP-Link Talon is now available for not so cheap $350

During CES 2016, TP-Link showed off the world’s fastest router, Talon and it supported the 802.11ad wireless standard, which is miles ahead of 802.11ac. Its complete model name is Talon AD7200 and it runs on Qualcomm’s 802.11ad technology. If you are wondering about the frequency, 802.11ad routers will be running at the 60GHz band, meaning that they will be able to deliver speeds of up to 4,600Mbps, meaning that your 4K video streaming days are going to get a lot better now.

TP-Link states that the price tag of its Talon AD7200 is $350 and it is capable of downloading an HD movie in 14 seconds and a feature-length 4K video in about four minutes. While 4,600Mbps is a huge amount of bandwidth, it can only be achieved under the most favorable conditions. Also keep in mind that the router functioning on the 60GHz band means that the connectivity range of the router is going to be even less as opposed to the 5GHz band.

Right now, 2.4GHz happens to be the band with the longest range, but since a large number of devices are also functioning at the same frequency, performance degradation will occur, which will eventually result in a terrible experience. Also, 60GHz’s range will further be reduced by surrounding walls, so if you live in a spacious environment, then it is recommended that you purchase it.