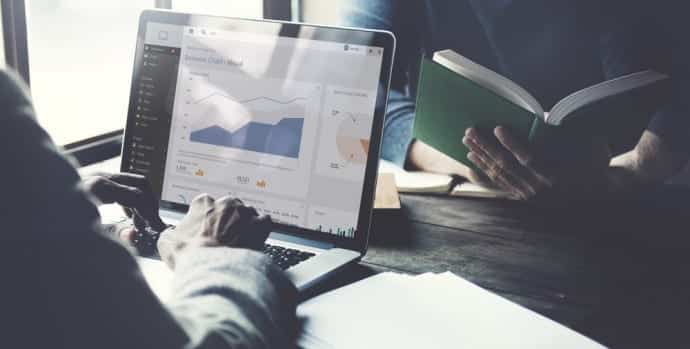 If you are in the field of computer science, or if you are a developer, it is common knowledge that your skill set is highly pursued, and valued in terms of compensation. Each year, the tech field is growing bigger and bigger, and consequently the salaries tend to increase too depending on whether you have the right skill set or not. According to a recent study PayScale based on tech skills required to increase your salary and the percentage of pay boost would those tech skills provide, the following was discovered.

If you decide to refresh on Scala language, it could earn you pay boost of 22 percent. If you are anxious about why Scala is in such high demand, simply take a look at the companies using it in their own products and services. Companies using Scala include Twitter, Netflix, AirBnB, Sony, and many more.

iOS Developers Get A Better Salary Boost Than Android Developers

Working For The Tech Industry Will Get You Better Pay

From a salary point of view, working in the tech industry is considered to be a good thing. In another recent study at PayScale, 18 tech companies were assessed over nine different data points including median pay, job satisfaction, job meaning, and job stress. It was discovered that every tech company that was examined, employees earned a mid-career salary of over $100,000, which indicated that it is worth working in the tech industry.

Check out the infographic by PayScale which will help you understand how to boost your salary : 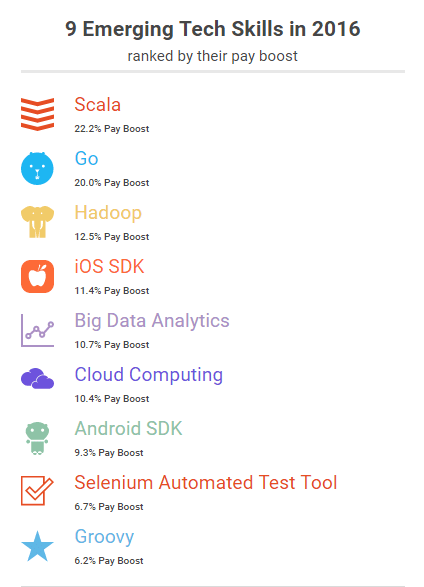