Even as the world eagerly waits for Apple to release its latest iPhone, the leak websites are agog with the features the iPhone 7 and iPhone 7 Plus. Yes, Apple will be releasing iPhone 7 in two different versions to lure different budget buyers.

First and foremost the main features of Apple’s iPhone 7

Now coming to the main and most talked about feature in the upcoming iPhone 7 Plus, the dual phones. Apple will be shipping iPhone 7 Plus with a ‘supercamera’ made of two separate cameras. This was confirmed when a iPhone case maker accidentally leaked images of latest cases for iPhone 7 and iPhone 7 Plus.

iPhone case maker Oppomart has begun accepting preorders for an iPhone 7 plus case with holes for a rumoured dual camera and connectors for smart accessories. As you can see from the image above, iPhone 7 Plus will have a dual camera which, Apple says, can take ‘DSLR quality’ pictures.

The leaked case image also reveals that iPhone 7 Plus will be similar to iPhone 6 in size. 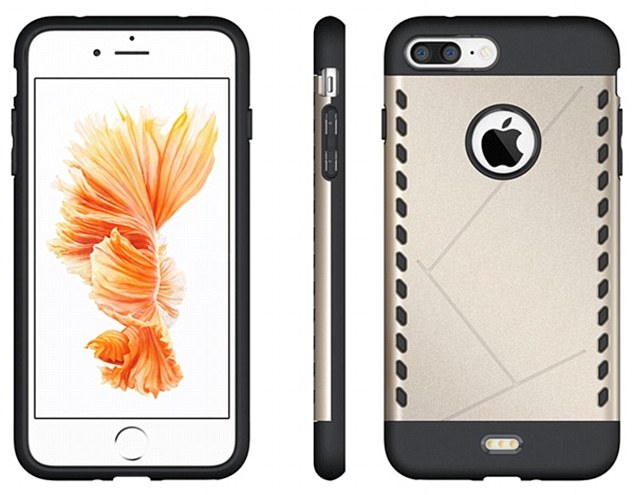 According to the images, Apple has added a port that allows users to connect a Smart Connector in the back – but only with the 7 Plus. This could support new accessories with the Plus, as well as existing iPad Pro add-ons like the Smart Keyboard.

The Oppomart leak has to be taken with a pinch of salt because case makers are known to lure buyers with false promises.

However, somethings have been confirmed. The dual-camera will be shipped only on iPhone 7 Plus while iPhone 7 owners will only have access to the traditional single lens. It will also come in popular Gold color option. This was revealed when a Chinese site has posted images of a gold handset, claiming they are the handset Apple is expected to reveal in September as the smaller iPhone 7.

The leaked images show a different design with a laser autofocus module between the camera and the LED flash. The pictures show a rear view of a gold handset and what stands out the most is the antenna bands have been moved closer to the top and bottom edges of the smartphone, reports MobiPicker.

Previous renders of the iPhone 7 and iPhone 7 Plus reveal Apple could ditch the headphone jacks for both variants and the 7 Plus might be designed with a ‘superior’ dual lens camera.

The exclusive renders were sourced on behalf of uSwitch by @OnLeaks, Steve Hemmerstoffer of Nowwhereelse.fr, which originated from Apple subcontractor Catcher Technology. Without the traditional headphone jacks, users would connect via the Lightning Dock, which is shown at the bottom of the phone.

While this could make iPhone 7 stay powered for a longer time, it could add thickness to its casing making it a bit bulky. Another confirmed news is that iPhone 7 will come with a jaw-dropping 256GB option so the annoying ‘there is not enough available storage…’ issue will never trouble Apple fanboys.