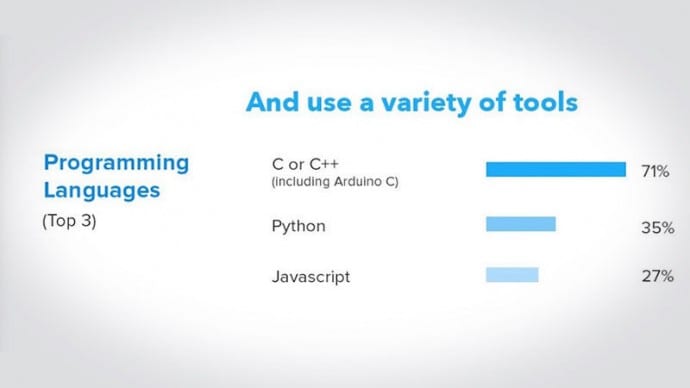 Want to play around with electronics ? These are the top three programming languages you should know

Whether it is a Raspberry Pi, Arduino, or anything else, if you are planning to toy around with electronics on these, then you will at least be required to know a little bit of programming. A survey done by Hackster.io found out the three languages that the people thought were the best to learn.

More than 3,000 people from around the world filled the survey. According to the survey results, C and C++ were undoubtedly chosen as the preferred language to learn if you are into electronics tinkering. Trailing behind C is Python, which is then followed closely by Javascript, Java, and C#.

Further, Arduino grabbed the top position in the hardware category, which was followed by Raspberry Pi and Particle. There is no doubt that the language you learn and the platform you use is dependent on the project itself. However, if you are not sure where exactly to start, C and C++ appear to be a good choice to begin with.

To view the complete results of the survey, go to Hackerster.io.