When Apple officially announced its iPhone 7 without the traditional 3.5mm headphone jack, the decision irked a lot of Apple fans. The reason given by Apple for removal of headphone jack technology in favour of Bluetooth headphones was to make more room for internal hardware.

However, a YouTube video has been doing the rounds of the internet, promoting a fake iPhone DIY hack that promises to “restore your headphone jack.” The video’s description reads, “This video is for those who don’t want to get $159 wireless AirPods or have to insert your headphones into an adapter every time you listen to music.”

The video advises iPhone users to clamp their precious new mobiles in a fixed place and drill a hole where the 3.5 mm headphone hole is assumed to be.  The man in the video proudly declares, “And just like that, you have your own 3.5 mm headphone jack!”

Many iPhone 7 owners tried doing this by utilising 3.5mm drills as the video recommended and ended up with damaged smartphones. 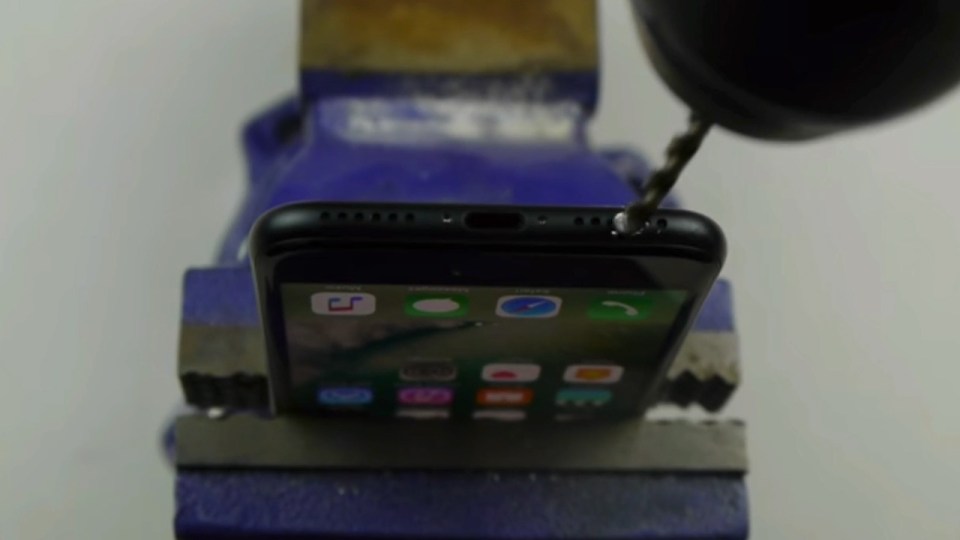 One user commented on the video, “I’ve just done this but there is no sound coming from the headphones. I used an exact 3.5mm drill bit but the connector doesn’t sit flush in the hole for some reason. The phone doesn’t even detect the headphones are in. Are there any settings I need to change?”

Furious James Ceja commented on the video: “I tried this and ended up with display destruction and it not working… I really committed the biggest mistake of my life by watching this video.”

David Iriarte added: “A friend of mine told me it worked for him, but my iPhone won’t turn on after I drilled the hole for the jack.

“I checked and it was the 3.5mm drill, so I made no mistake there! What happened? Any of you have the same problem?”

Toekneechair questioned: “Ok I am sure it’s in the comments somewhere but my friend told me to ask what size drill bit am I supposed to use?

“Also I don’t have that clamp thingy, can I or my friend hold it while we drill? I don’t want to ruin my phone.

“Thanks for all the help guys…”

Several users took to the YouTube video’s comment box to voice their displeasure. The video has since gone viral and more unsuspecting people are getting fooled into destroying their spanking new iPhones.

Watch the below DIY video in action. WARNING: Please do not use a drill on your iPhone.

This isn’t the first time that smartphone owners are falling for fake hacks that could potentially brick their smartphones. In Pakistan, smartphone users fell for a fake video saying that Samsung smartphones have a chip embedded in batteries which spies on them. Hundreds of Pakistanis destroyed their smartphone batteries and NFC chips in search of the elusive chip.

Falling for fake hacks which could brick their smartphones isn’t restricted to Android smartphone owners, iPhone owners have also been duped similarly by fake hacks. Remember the video that went viral and promised iPhone users “recharge” their iPhones simply by putting it in a microwave? Another one tricked iPhone users into believing that iOS7 would make their phones waterproof!