Find Out What Facebook Knows About You With This Chrome plugin

When it comes to keeping user’s information private, Facebook already has earned a bad reputation for disclosing user’s data. In 2014, when Facebook bought the messaging service app, WhatsApp, it promised that private information such as phone numbers and profile data would not be shared between the two platforms. However, this year, Facebook started sharing and collecting those WhatsApp phone numbers nonetheless.

As a result, Hambourg Commissioner for Data Protection and Freedom of Information of Germany issued a regulatory practice and ordered Facebook to stop collecting user data from WhatsApp and to delete any information it had already gathered. While an Indian high court has ordered WhatsApp to delete all user data for users choosing to disable the App before 25th Sept., 2016.

Coming back to Facebook. It is an open secret that the social network giant knows more about you than you think. To test this, the reporters at ProPublica, a New York City non-profit newsroom that produces investigative journalism in the public interest, have developed a Chrome browser plugin that exposes everything the social media giant claims to know about its more than 2 billion users. It could be information such as how many credit cards users’ have to the size of their home, or what would the user be interested into which other companies have the user’s contact information. 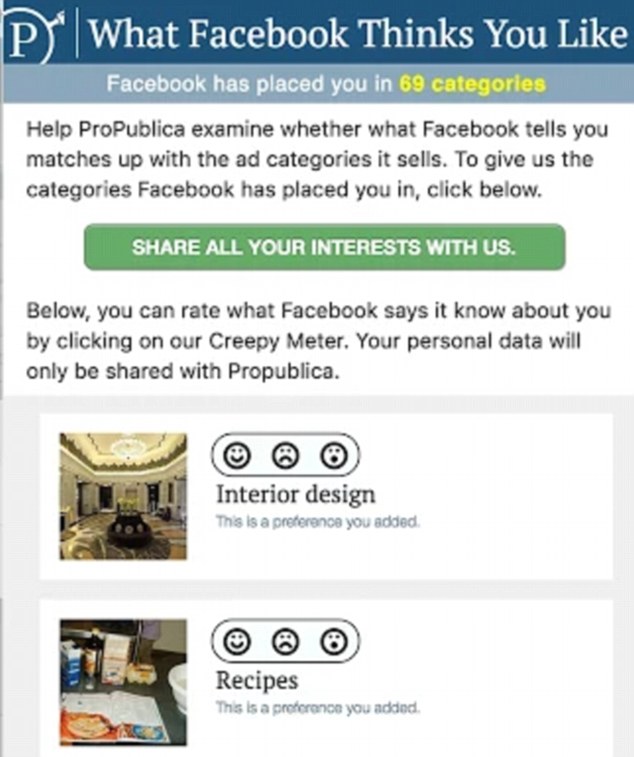 The information is usually hidden within menus, but with the new plugin, users can see and even rate how accurate it is.

Facebook has a particularly comprehensive set of dossiers on its more than 2 billion members. Every time a Facebook member likes a post, tags a photo, updates their favorite movies in their profile, posts a comment about a politician, or changes their relationship status, Facebook logs it. When they browse the Web, Facebook collects information about pages they visit that contain Facebook sharing buttons. When they use Instagram or WhatsApp on their phone, which are both owned by Facebook, they contribute more data to Facebook’s dossier.

And in case that wasn’t enough, Facebook also buys data about its users’ mortgages, car ownership and shopping habits from some of the biggest commercial data brokers.

Facebook uses all this data to offer marketers a chance to target ads to increasingly specific groups of people. Indeed, we found Facebook offers advertisers more than 1,300 categories for ad targeting — everything from people whose property size is less than .26 acres to households with exactly seven credit cards.

There is no doubt as to why Facebook is the powerhouse.Thanks to this treasure trove of data that is provided by the company to the marketers who then have the power to target groups of people with specific ads.

Recently, Facebook made changes to its ad preferences settings to show its billions of users how they are being targeted by advertisers.

It also revealed that it collects 98 personal data points in order to target users with ‘useful and relevant’ ads, based on everything from the device they use to where they are based.

The company states: “We use information from a few different sources to figure out which ads might be relevant and useful to you.

“Things like your Facebook profile information, activity on Facebook and interactions with businesses can all influence the ads you see.”
On its ‘About Facebook Adverts’ page, the social media giant explains: “We show adverts to people that match the advertiser’s target audience, based on information we know…”