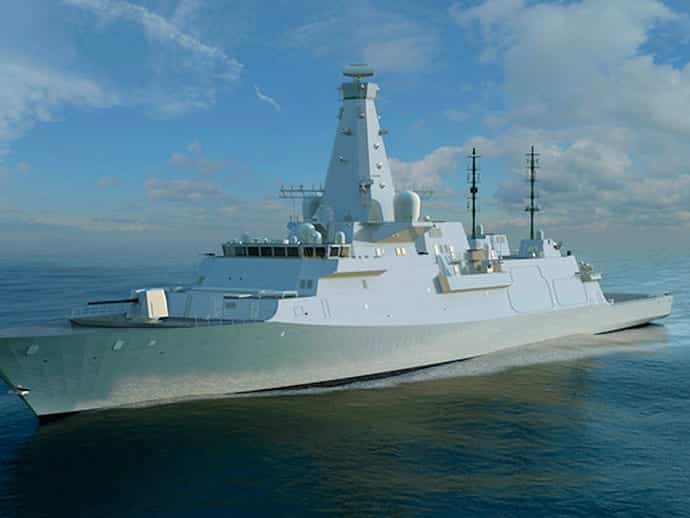 Britain is about to begin construction on a very powerful weapon

The Defense Secretary said the following in a statement:

“Backed by Britain’s rising Defence budget, the Type 26 Programme will deliver a new generation of cutting-edge warships for our Royal Navy at best value for taxpayers. The UK government’s commitment today will secure hundreds of high-skilled shipbuilding jobs on the Clyde for at least two decades and hundreds more in the supply chain across Britain. There is billions of pounds of work here for the Clyde, keeping the shipyards here in work for the next 20 years.  We’re investing in Scotland on the basis that Scotland will be staying in the United Kingdom.

[The UK government] reached agreement in principle with BAE Systems to turn our Type 26 ambition into reality and that the first steel cut will now take place next summer. By investing now in the most advanced combat ships on the planet, I hope we will also inspire the next generation with this work programme through to 2035.”

The warship has been described as a vessel for defense purposes, but at the same time, we are confident that it can also be used as an offensive weapon as well. The missile system has a short to medium range, and the technology present inside will be there to protect Britain’s nuclear-armed submarines from being detected by enemy boats.

Business Insider reports that there are total of four key features of the Type 26 global combat ship and they are as follows:

The Defense Secretary hasn’t given any details on the budget to make the world’s most advanced warship, but it is definitely going to force us to take a big gulp.