It is very hard not to notice a Galaxy Note 7; the large curved screen and the premium finish all give it away that an expensive smartphone is within your reach. One thief might have taken the best advantage of the opportunity presented to him but what he didn’t realize that the smartphone he’s about to steal is a Galaxy Note 7. Samsung earlier initiated a worldwide recall of its Note 7 due to the smartphone going up in flames and destroyed personal property as a result too.

The theft took place in China, and inside an internet Café. The owner of the smartphone was busy taking a nap and leaving his expensive Note 7 visible to unwelcoming eyes only means that the phone will soon be lost from his possession. Luckily for him, the Note 7 features a volatile battery and shortly after the thief was on his merry way with the expensive Android flagship, it exploded, and probably gave him a traumatizing experience along the way as well. 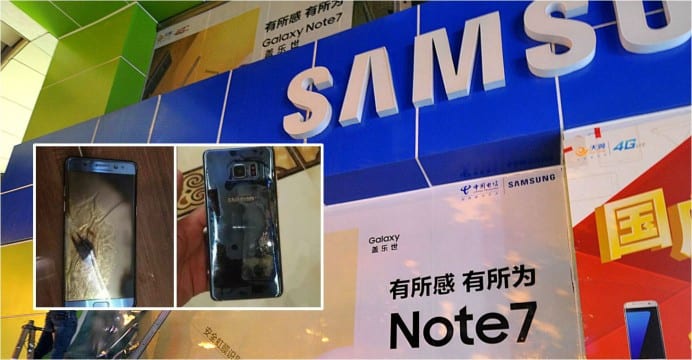 While Samsung has said that a fair amount of Galaxy Note 7 units have been recalled, some continue to use the smartphone, despite the incessant requests and warnings laid out by the company. To appease Galaxy Note 7 owners, the company is also going to be providing discounts on the upcoming Galaxy S8. For now, if you have yet to exchange your Galaxy Note 7, you should do it swiftly, as you never know who the next victim might be.