VPN is short for virtual private network and it allows you to create a secure connection to another network over the Internet.

During your long haul on the Internet, you must come across some websites that say that access is not allowed. This could be due to a variety of reasons like the website being banned in your country or your IP address being blacklisted.

This is where the VPN comes into play. A VPN can be used to access region-restricted websites, shield your browsing activity from prying eyes on public Wi-Fi, and more. In this article, we study the uses of VPN and why it is absolutely necessary for you to use one.

What is a VPN?

For those with academic leanings, A virtual private network (VPN) is a network that is constructed using public wires — usually the Internet — to connect to a private network, such as a company’s internal network.

There are a number of systems that enable you to create networks using the Internet as the medium for transporting data. It secures the private network as these systems use encryption and other security mechanisms to ensure that only authorized users can access the network and that the data cannot be intercepted. 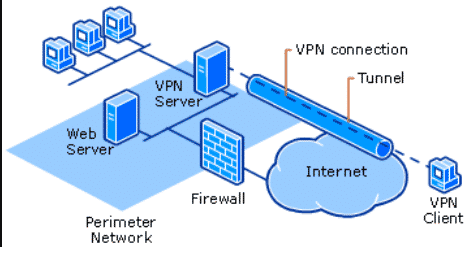 When you connect your computer (or another device, such as a smartphone or tablet) to a VPN, the computer acts as if it’s on the same local network as the VPN.

All your network traffic is sent over a secure connection to the VPN. Because your computer behaves as if it’s on the network, this allows you to securely access local network resources even when you’re on the other side of the world.

You’ll also be able to use the Internet as if you were present at the VPN’s location, which has some benefits if you’re using pubic Wi-Fi or want to access geo-blocked websites.

In layman terms, when you type in www.google.com in your VPN connected desktop browser or smartphone browser, instead of your browser pinging directly to Google servers, it pings your VPN service providers servers. The VPN servicer providers servers then ping Google servers. This means that the VPN acts as a shield in your connection and prevents Google to directly access your IP or location.

When you browse the web while connected to a VPN, your computer contacts the website through the encrypted VPN connection. If you’re using a USA-based VPN to access Netflix, Netflix will see your connection as coming from within the USA.

While surfing Google is harmless, imagine you want to download a torrent from a website that is banned in your country. In such a case, when you type in the torrent URL (say thepiratebay.org) instead of pinging the TPB website directly your desktop/smartphone will ping the VPN servers which are whitelisted in your country and allow you untethered access to the torrent that you want.

If you need a VPN, have a look here to find the Best VPN Service.

In the early times of the Internet, VPNs were a luxury that only a few could afford. But nowadays with tons of VPN service providers, you can get an encrypted VPN connection relatively cheaply or freely. VPNs can help you do the following things :

In early VPN days, setting up a VPN service on your Windows PC would an absolute pain in the ass. But with the advent of Windows 7 and 10, adding VPN has become a piece of cake. In Windows 7, press the Windows key, type VPN, and click the Set up a virtual private network (VPN) connection option.

If you are using Windows 10, type in VPN in the search bar. it will bring up Change Virtual Private Networks Setting. Now enable the VPN in the next window. 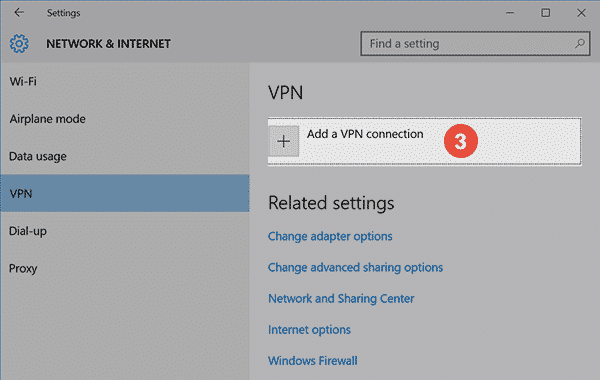 In the window that follows, add the login credentials of the VPN service you want to use. You can then connect to and disconnect from VPNs using the network icon in the system tray – the same one where you manage the Wi-Fi networks you’re connected to.

Many of the top VPN service providers offer clients that do the connection configuration for you.