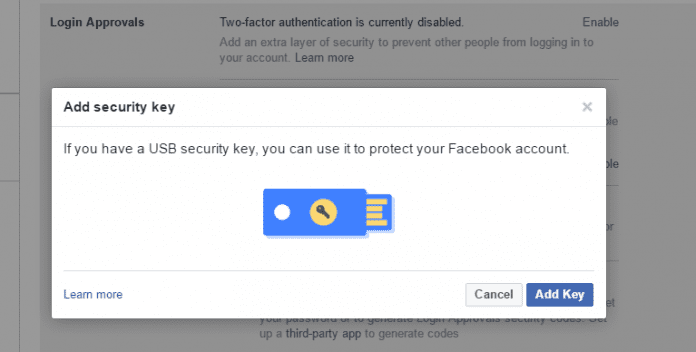 Let’s be clear, Facebook accounts are the most coveted by hackers, ex-boyfriends/girlfriends, ex-wives/husbands and business rivals. In fact, How to Hack a Facebook Account is the top query we get on our Facebook page as well as in your comments. Now hacking your Facebook account can be made that much more difficult for any of the above-said entity by adding a physical security key.

Facebook has announced a new feature which allows FB users to add a hack proof ‘security key.‘ This new feature will make it that much more harder for hackers to crack your Facebook account. The new security key will be a part of the 2-factor authentication system for logging on to Facebook. If you have the new Facebook ‘security key,’ you will no longer be required to enter the verification code received via SMS.

Facebook’s security team announced the launch of the new security key feature in a blog post. It also announced that it would be supporting FIDO U2F Security Key to protect accounts from hackers. It is a physical key that has to be plugged into the computer’s USB port and to confirm login information including a password; all that is needed is to tap on it. 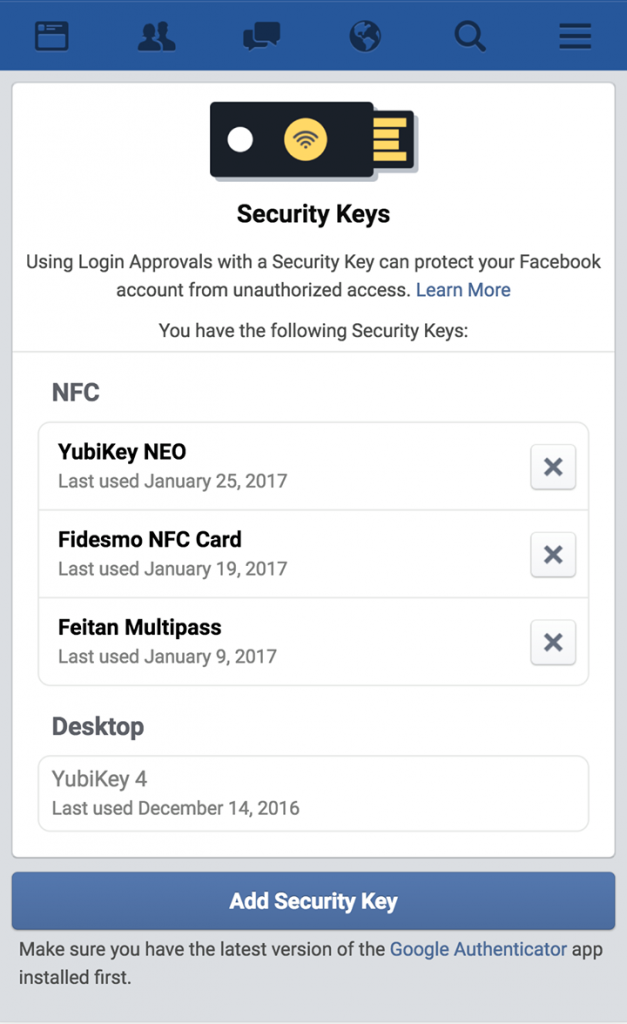 Many Facebook users have criticized the new physical key and said that carrying around such a key to different places would be little bit cumbersome. Microsoft Edge and Mozilla’s Firefox have been left from the new security key thingy as the new feature will only work if user’s log-in to their Facebook account using Google’s Chrome browser and Opera browser.

The Facebook security team explained the usage of the new security key on the blog:

“Security keys for Facebook logins currently only work with certain web browsers and mobile devices, so we’ll ask you to also register an additional login approval method, such as your cell phone or Code Generator. At this time we don’t support security key logins for our mobile Facebook app.”

If you are interested in making your Facebook account hack proof, you can add the new FB security key by installing the latest Chrome or Opera browser version. Though the feature cannot be accessed from the mobile Facebook app, if you possess an “NFC-capable Android device with the latest version of Chrome and Google Authenticator installed” you can use the key to log in from your mobile website. 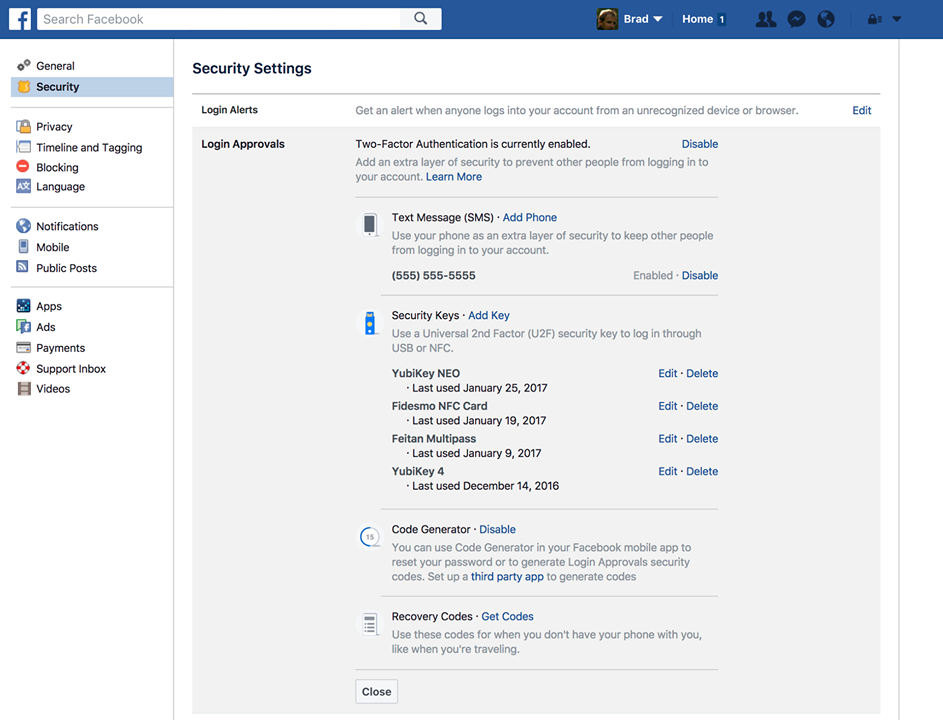 Along with the launch of physical security key, Facebook has addressed and improved the functionality of various security and privacy related features. It’s Privacy Basics guide has been updated and now supports 44 languages and offers an excellent new way to ensure your FB account is protected.