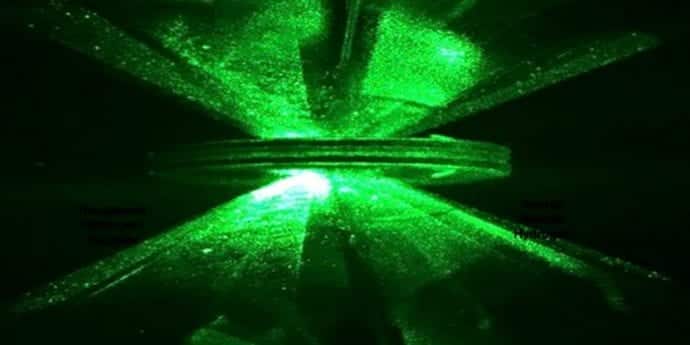 Since the time immemorial, shiny objects like gold and diamond have attracted humans. In fact, many wars have been fought over these precious objects. Not so long ago, there used to be a secret stream of inventors called Alchemists who tried different methods and potions to make gold and diamonds.These traditions continued in modern day science when engineers tried to turn hydrogen into metal, the first requirement for finally converting it to a precious metal.

After a long wait of nearly 80 years, engineers have finally succeeded in converting hydrogen into metal. In 1935, scientists predicted that the simplest element, hydrogen, could also become metallic under pressure, and they calculated that it would take 25 GigaPascals to force this transition (each Gigapascal is about 10,000 atmospheres of pressure).

This, however, remained a theory until last year when engineers finally reached capacity to create 380 GigaPascals of force.Now, using that force a pair of Harvard researchers has upped the pressure quite a bit more, and they have finally made hydrogen into a metal.

Researchers behind the new work, Ranga Dias and Isaac Silvera in the process also realized that the force required was humongous. “Diamond failure,” they note, “is the principal limitation for achieving the required pressures to observe SMH,” where SMH means “solid metallic hydrogen” rather than “shaking my head.”

The team came up with some ideas about what might be causing the diamonds to fail and corrected them. One possibility was surface defects, so they etched all diamonds down by five microns to eliminate these. Another problem may be that hydrogen under pressure could be forced into the diamond itself, weakening it. So they cooled the hydrogen to slow diffusion and added material to the anvil that absorbed free hydrogen. Shining lasers through the diamond seemed to trigger failures, so they switched to other sources of light to probe the sample.

After a lot of cranking and experimentation, Dias and Silvera found that somewhere between 465 and 495 GigaPascals, the sample turned reflective, a key feature of metals. Both the authors said that thought it looked like metal they had no way of telling whether the metallic substance is a solid or liquid.

Their studies on turning hydrogen into metal is going to open new vistas for scientists and engineers world over and perhaps bring us closer to the alchemists ultimate dream, converting pure gold from water.