Buying an Apple iPhone always burn a hole in your pocket, as they fall undeniably in the premium category of smartphones. If this was not enough, the online retailer site, eBay is now selling a six-year old broken iPhone 4s claiming to be one of the super limited edition Steve Jobs design for a whopping $149,999.

While the glass on both the device’s front and back are completely shattered, the smartphone is however still functional at the same time quite used up. If you notice the back panel of the smartphone, the design pays homage to Steve Jobs by using a different logo which reads “Steve Jobs 1955 – 2011”. The seller claims that the device is “1 of only 56 phones made to honour the late Steve Jobs.” 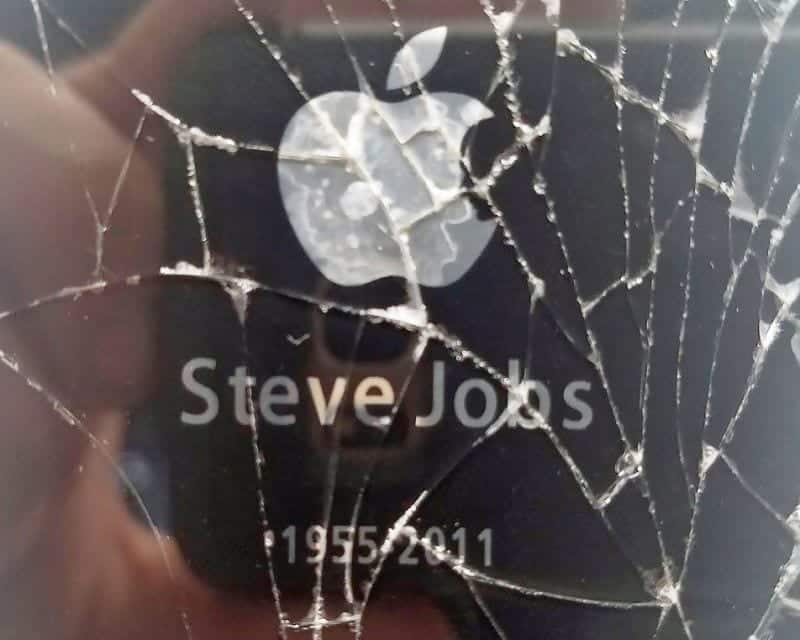 The description for the iPhone available on eBay is given as: ‘STRICTLY LIMITED EDITION STEVE JOBS SUPER RARE APPLE IPHONE 4S’.

Adding further, the seller says: ‘This item is being sold as is for parts and repair only. This item is still fully functional and can be used. This phone is 1 of only 56 phones made to honor the late Steve Jobs. Please see Apple logo for Authenticity for this phone. Please do research before purchase. There is no cables or any other accessories included with this item. There are cracks on the front and back of the phone. Please see pictures. This is being sold as is for parts or repair so there is NO RETURNS FOR THIS ITEM.’

The limited edition creation was originally designed by a Hong Kong-based design student Jonathan Mak shortly after Steve Jobs passed away. This was done as a form of tribute to Jobs. 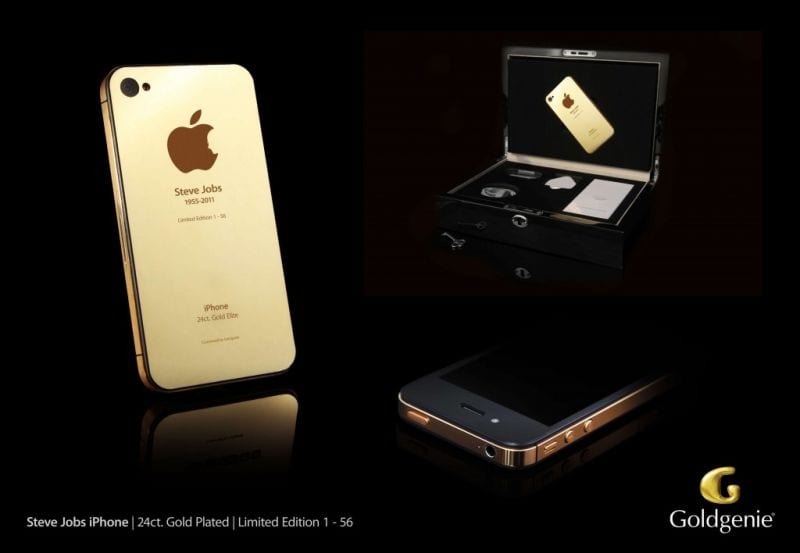 The Steve Jobs limited edition design became an instant hit since it was made right after Jobs’ death.

The design went viral in no time with companies re-producing unlicensed accessories including phone cases, memorabilia and posters that carried a similar design. However, a company called Goldgenie, which released the super rare iPhone 4s that commemorates Steve Jobs, had only made 56 of these devices.

A closer look at the original Goldgenie Steve Jobs iPhone 4s reveals that had a gold-glass back panel as opposed to the transparent one on eBay. Therefore, the authenticity of the device that is currently been sold on eBay is questionable. The shattered iPhone 4s sports 1955-2011 markings on the back plus a dominant “Steve Jobs” print and of course, the well-known revised logo. Unfortunately, experts claimed that it is a “very expensive FAKE.” Hence, there is a high possibility that the smashed “special edition” iPhone is one of the fake pieces sold on the black market.

Apparently, Goldgenie had given the limited edition Steve Jobs to Apple themselves in 2012, which were received by some of the corporate figures. Apart from gold, Goldgenie also sold iPhones encrusted in platinum and diamonds.