Forgotten and abandoned: Where is the 14-year old Indian boy who invented email?

Any of you remember Shiva Ayyadurai? Few of you might have heard about him as a person who claimed to have invented email. Now 53 years old, Shiva has almost been forgotten and abandoned despite making the most controversial claim since the advent of Internet.

V. A. Shiva Ayyadurai is an Indian-born American scientist and entrepreneur. Shiva is notable for his controversial claim to be the “inventor of email”. His claim is based on the electronic mail software he wrote as a New Jersey high school student in the late 1970s, which he called EMAIL.

Shiva has since published a book challenging claims that the American computer programmer Ray Tomlinson invented email and asserting his own claim as its creator. According to Shiva, Tomlinson’s creation in 1971 was a primitive form of text messaging, while he had invented what we know and love as email in 1978 when he was a 14-year-old boy helping out the Newark dental school where his mother worked.

While Shiva has steadfastly held on to his claims, no one from the tech world supported him but for Deepak Chopra, the new age spiritual guru, and India’s new prime minister Narendra Modi who has posed for photographs with him. 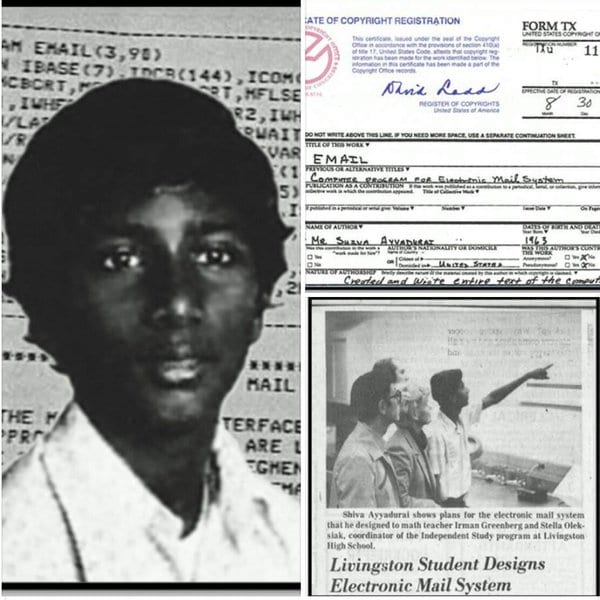 Shiva now a lecturer at the Massachusetts Institute of Technology, copyrighted the term ’email’ in 1982 but did not patent it because, he says, it was not possible to patent software at that time. His creation, however, was an inter-office mail system with an inbox and was called ’email’.

While Ray Tomlinson went on to hog the limelight for email, Shiva was fighting a lone battle. Tomlinson’s email was different from Shiva’s email. It enabled users on different computers connected to the primitive ARPANET, a precursor to the internet, to send messages to each other. It used the @ symbol to identify the computer from which it was being sent.

If you take Shiva for a troll patent thief you should remember that Shiva holds four degrees from MIT, including a Ph.D. in biological engineering, and is a Fulbright Scholar. Also, he has won a $750,000 settlement from the now defunct ‘Theil sued’ Gawker for publishing wrong information about him and his invention. The settlement came as part of a broader settlement with wrestler Hulk Hogan and journalist Ashley Terrill.

While Shiva fight’s his lone battle we are using his invention daily without even batting an eyelid for its creator. We hope that the world acknowledges Shiva’s efforts for making email a daily part of our life along with Tomlinson and he gets appreciated suitably.